The High Court in Uganda has ruled that prisoners and Ugandan citizens in the diaspora have a right to participate in elections.

This follows an application filed by Kalali Stephen in the same court challenging provisions of the Constitution and the Electoral Commissions Act which barred prisoners and Ugandans in the diaspora from voting.

In her 17th June ruling, Justice Lydia Mugambe said blocking prisoners and Ugandans in the diaspora from electoral processes in Uganda has been a continued violation of their rights and the conduct of the electoral commission depriving them of this right violates article 59 of the Constitution.

“The right to vote is not a non-degradable right under Article 44 of the Constitution. To the extent it is found in Chapter 5, it is not affected by the general limitation on the fundamental and other human rights and freedoms in Chapter 4 that Article 43 creates in its clause 1. However, Clause 2(c) brings the right to vote within the ambit of the public interest limitation test therein, because if forms part of the Constitution” part of the ruling reads.

Lydia Mugambe said she did not find any justification from the Electoral Commission’s continued violation of their rights and ordered the EC to comply with its obligation under article 59 clause 3, and take necessary steps to ensure that as citizens, prisoners and people from the diaspora register and exercise their right to vote.

She noted that the Prisons Act 2006 presented an opportunity to conform with Article 59 of the Constitution in unequivocal terms which is not the case. She says it remains silent on prisoner’s right to vote, but does not remove their constitutional right to vote.

She said blocking the diaspora from voting is disenfrachisment because the vote of each and every citizen is a badge of dignity and personhood which binds everyone and universality of the franchise is important not only for nationhood but also democracy.

She noted that any interpretation of the right to vote that disenfranchises any Ugandan must be knocked down and that which enfranchises upheld in line with the constitution. 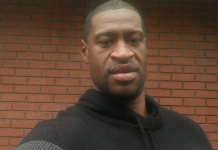 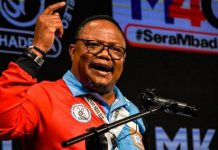