The administration of Buganda Kingdom has dispelled claims that it owes the US Mission in Kampala money to the tune of US$55,000.

This follows media reports that the kingdom owes the Embassy a lot of money as part of a deal agreed between the two institutions several years ago.

Under the arrangement, the US Embassy wanted to erect an information board at Kasubi Royal Tombs, which did not happen despite disbursement of funds.

In a letter issued yesterday bearing the Kingdom seal, the minister for information and spokesperson for Buganda Kingdom Owek. Noar Kiyimba dispelled the claims as untrue.

According to the minister, the fund was a grant from the US Embassy awarded to the Kingdom but indeed meant for an information board at Kasubi Royal Tombs.

He however says the information board was not erected as agreed due to the ongoing works at the tombs.

In order to fulfill the terms of the grant, Kiyimba says the Kingdom of Buganda refunded the money because it was meant to be utilized within a specific time frame.

The minister says the Kingdom of Buganda doesn’t owe any money to the US Embassy in Kampala and the two institutions enjoy a cordial working relationship.

To advertise on this website or send story for publication, contact 0701609906 or send mail at [email protected] 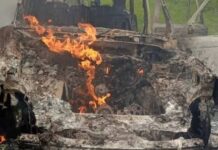 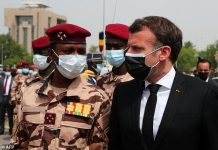