Singer Clever J faced it terribly rough when Jose Chameleon’s mother Prossy Mayanja junked his apology after he attempted to “return home” for the first time in 15 years.

The “Manzi Wanani” singer got the embarrassment of his life before a number of journalists who had escorted him to Mayanja’s Family home seeking reconciliation and blessings.

On arrival, Clever J who had brought home a few usable items like soap, sugar, bread, and jackfruit was welcomed well. When time for mature talk came, that’s when things went from 100 to 0 real quick, as Chameleon’s mother and father turned their guns towards him.

First, Mr. Mayanja (Snr.) asked Clever J to kneel down and raise up his hands in apology for the wrongs that he has done in the past. Clever J humbly obliged and acknowledged his wrongs.

Mrs. Mayanja, however, did not want to know or hear anything from Clever J. She was totally annoyed with how Clever J treated his sons during the time he hit the charts, and the disunity he caused in their family.

It is rumored, one of the incidents that are still fresh in Mrs Mayanja’s memory is the day Clever J bought his first ride and met her by the roadside. Instead of offering her a lift, the then big star just sped off leaving her looking like any other bystander something that annoyed her the most to date. Embarrassed, Clever J left, at least with life. 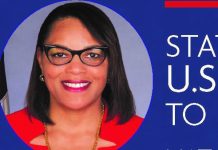 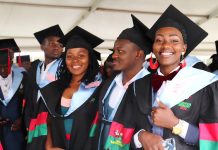