The police in Rukiga District are investigating a case in which 2 Ugandan businessmen were allegedly shot and killed in Rwanda about 1km away from the Mpororo border post in Kamwezi Sub County on Saturday night.

The Spokesperson for Kigezi region Mr Elly Maate confirmed the incident saying that they were still gathering information about the incident.

“We have received reports about Ugandan businessmen that were allegedly shot and killed inside Rwanda and we are compiling information about the whole incident,” he said. He added that the case has been recorded at Mpororo police post as SD03/10/11/2019.

“One of the deceased, Tuheirwe is my nephew. I received information at around 9PM that he had been shot and killed together with a colleague inside Rwanda as they tried to smuggle raw tobacco. They were in a group of about five people and the three managed to escape back into Uganda. They are the ones that reported the matter to us,” he said.

Mr Baketonda added that those who escaped have already recorded statements at Kamwezi Police Post as they wait for the Ugandan security personnel to help them in getting the bodies of the deceased persons for burial.
The Kamwezi LCIII Chairman Mr Tedson Niwagaba told Daily Monitor that he was in touch with some leaders in Tabagwe village, Nyagatare in Rwanda where the deceased were killed from, to have their bodies handed over to the relatives.

“When I contacted my counterparts in Rwanda they told me that they have two bodies that they found dead in their area and they were still trying to establish their identities. I have reported the matter to the police for further investigations and best way forward,” he said.

Mr Niwagaba cautioned traders living along the Uganda-Rwanda border to desist from smuggling goods into Rwanda because the act goes against the Rwandan laws.

“About two months ago, we conducted sensitisation meetings in the border communities advising them to avoid involving themselves in illegal trade in Rwanda, I am wondering why these Ugandans did not take the advice given to them. Whereas I sympathise with the relatives, the victims were not in order,” he said.

The Rwandan ambassador to Uganda Maj Gen Frank Mugambage said on Sunday morning that he was not aware of the incident.

“Please, I am in Kampala. Find out what happened from where you are. Sorry about that,” he told this reporter in a telephone interview.

On May 2, 2019 a 41-year-old Rwandan businessman Innocent Ndahimana was shot and injured on the right arm by the Rwandan security officials as he tried to smuggle about 500Kgs of beans into Uganda through a porous border point in Rushaki village, Rubaya Sub County in Kabale District.

On May 24, 2019, Alex Nyesiga a resident of the same village and a Rwandan national John Batista Kyerengye, were shot and killed by Rwandan security personnel inside Rwanda has they allegedly smuggled a bale of second hand clothes into their country through Habusavu porous border entry.

On November 4, 2019 a Rwandan national Jean Piere Havugimana, 28, was shot and injured by Rwandan security personnel on the left shoulder inside Rwanda about 300 meters away from the international boundary with Uganda as he tried to smuggle about 50Kgs of Irish potato from Uganda 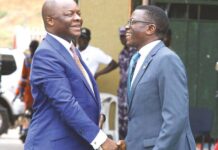 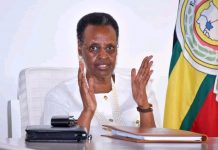