It’s true he’s facing many challenges back home but the SITYA LOSS hit maker keeps winning. Over the weekend , B.E.T Award winner ,Eddy Kenzo added another prestigious award to his list of many accolades.

The 5th edition of AFRICAN ENTERTAINMENT AWARDS ( A.E.A ), awarded Kenzo as best African Entertainer beating Nigeria’s Davido & Wizkid and many other artistes who were in the same category.The awards were held in NEW JERSEY ( USA ) and got Kenzo post the good news on his Twitter;

“ Congs UG, we just won entertainer of the year in the A.E.A awards.”

The awards also had other Ugandans like Spice Diana, Sheeba, Cindy , Rema, and chameleon.

That aside, the Social media termed “LOVE NIGGA” is expected to jet back into Uganda on Tuesday 22nd October after a two months business trip doing shows and tours in European and American states.

Following his earlier communication, he will touch down at Entebbe airport at exactly 1pm aboard The Emirates, and will directly head to Kibuli mosque to demand Sheik Muzaata’s apology on what kenzo terms as false accusations towards him. We shall keep you posted 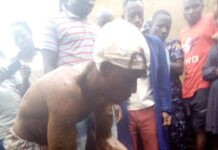