Hon. Sentamu Kyagulanyi aka Bobi Wine has lashed out at opposition politicians for placing personal or party interests above the interests of Uganda, and frustrating efforts of fellow members of opposition.

The remarks are contained in his statement following NRM’s victory in by-elections for Hoima District Woman parliamentarian held on Thursday where NRM candidate Harriet Busingye and emerged winner beating the FDC’s Nyakato Asinansi with more than 4000 votes.

In the statement released on Friday, Hon. Kyagulanyi said there are politicians who have decided at every point to put personal or party interests above the interests of Uganda.

Hon. Kyagulanyi and his People Power supporters had pitched camp in Hoima District since campaigns started, in support of FDC’s Nyakato Asinansi.

“It defeats logic to see some leaders, apparently in the opposition, do everything to frustrate comrade Nyakato’s victory simply because she embraced and identified with People Power” the statement reads in part.

Kyagulanyi said People Power came in to support an FDC candidate simply because they place the struggle for a better Uganda beyond anything else.

“We condemn this behavior and moving forward, we must have discussions and decide what is more important” he added.

Kyagulanyi said he has invited the leadership of People Power to assess the Hoima election and decide how to move forward.

Nyakato was pronounced a joint-candidate for opposition with support from FDC, DP, ANT, JEEMA and other opposition forces.

Kyagulanyi however appreciated the “forces of change” for coming together in a rare display of unity in Hoima, but condemned the actions of security forces that were deployed there for having helped Museveni and the regime to rig the election.

He said many of their supporters and agents were brutalized, detained and others chased away from polling stations on voting day. He mentioned that his teams have evidence to prove that NRM agents were found with ballots pre-ticked in favor of the NRM candidate.

He also said the frustration by fellow opposition politicians, and the brutal violations of the law by NRM agents should be an invaluable lesson the forces of change must pick as they prepare for the final onslaught come 2021. 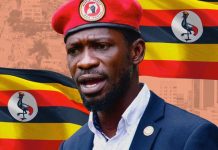 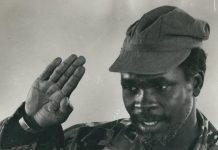 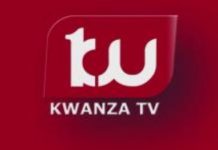