By 10:00am, the body of the late Mary Lawinyo Luwum was lying in state at parliament as legislators paid tribute to the deceased wife of a cleric who is remembered as a victim of tyranny during Idi Amin’s rule.

Speaking after the event, the Prime Minister Rt. Hon. Ruhakana Rugunda praised the deceased as a mother whose life set an example for all families.

At the age of 93, Mary Luwum succumbed to cancer of the gall bladder, and she will be buried in Wii Gweng Village, Mucwini Sub County, Kitgum District next to the grave of his late husband.

His late husband Janan Luwum is recognized as a martyr by the Church of England, and the Anglican Communion. His death is commemorated on 17th February as a lesser festival. 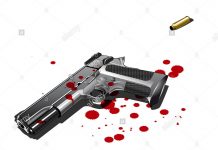