The army has confirmed a shooting incident in a Uganda People’s Defense Forces Base in Somalia when a soldier went on rampage shooting three other soldiers dead.

According to sources, the incident happened when the soldier attached to the 23rd battalion and was deployed to guard at Aden Adde International Airport out of nowhere shot a colleague dead.

UPDF/MOD Deputy Spokesperson Lt. Col. Deo Akiiki confirmed the incident but could not give details about the matter.

“True the incident happened and we lost three soldiers whom we shall reveal details after informing the next of kin. Investigations are on by the ATMIS leadership to find out the cause” Deo Akiiki said when he was asked to comment on the matter.

According to the source, the first victim was shot in the chest whereas the second one who tried to peep to observe what had happened was shot three times in the head as the soldier went on rampage.

The source said the third soldier was shot in the back as he tried to run away from the colleague who had gone on rampage.

“After the three shootings, the entire camp was now alert and a brave officer tip toed and disarmed the shooter who didn’t resist.”

The soldier, this paper has learnt, was arrested him and handed over to authorities for management. 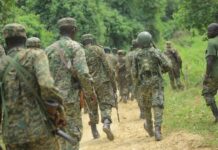 Update from the Frontline: 1 UPDF soldier killed in fighting against ADF 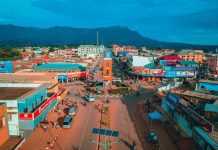 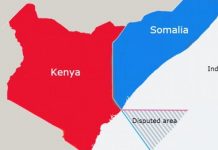