Novelist Kakwenza Rukirabashaija has been charged with offensive communication and remanded to Kitalya prison until January 21, 2022.

Kakwenza, who has been in detention since 28 December 2021, was this morning arraigned before Buganda Road Magistrates Court and charged with two counts of offensive communication against President Yoweri Museveni and Commander Land Forces, Gen Muhoozi Keinerugaba.

This comes after the High Court in Kampala issued Habeas Corpus Orders against Government to produce Kakwenza Rukira before Court whether dead or alive.

According to the police charge sheet, Kakwenza on 24th December 2021 in Kmapala District, willfully and repeatedly used Twitter handle [email protected] to disturb the peace of His Excelency the president of Uganda, General Yoweri Kaguta Museveni, with no purpose of legitimate communication.

The same offense, according to the charge sheet, Kakwenza committed against Gen Muhoozi Keinerugaba on 26th and 28th December, 2021.

Accordingly, Kakwenza pleaded guilty to the offenses and was sent to Kitalya prison until 21 January 2022.

Kakwenza’s long stay in detention has however been associated with claims of torture at the hands of security agencies despite several pleas and a court order to have him produced before court.

In the latest application, Kakwenza’s wife, Eva Basima through the lawyers asked court to compel the Special Forces Commander, the Inspector General of Police, CID director and Attorney General to produce the author.

On Monday afternoon, Justice Musa Ssekaana granted his lawyers the order in which he asked government to produce Kakwenza dead or alive on Wednesday, January, 12, 2022 at 10am.

Ssekaana said that upon hearing the submissions of Kakwenza’s lawyers including Eron Kiiza, Luyimbazi Nalukoola and Samuel Ronald Wanda, and the response by the Attorney General through Kahwa Christine and Richard Adrole, he was inclined to grant the order.

“It is hereby ordered that a writ of habeas corpus is directed to Brig Peter Candia(commander SFC), Grace Akulo (Director CID), Martin Okoth Ochola(IGP) and Attorney General of Uganda to have the body of Kakwenza Rukirabashaija produced the High Court of Kampala on January 12, 2022 at 10 o’clock,” Ssekaana said. 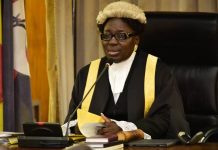 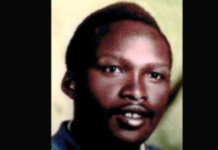 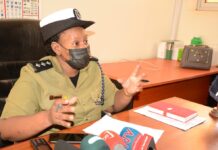