Social media buzz across Northern Uganda has been dominated by speculation about singer Jenneth Prisca fighting for her life courtesy of COVID-19 at St. Mary’s Hospital Lacor.

Yes, it’s unfortunate but her business manager, Pat Robert Larubi has said Jenneth Prischa is in a stable condition given the dedication, support and equal attention from the medical team to all patients at the facility.

According to Pat, Prischa started experiencing headaches that went on and off, complained of chest pain and cough a week after giving birth to her little, fond daughter Lizbeth. However, with continued intensity of her condition, she opted for a PCR Test for COVID-19, Malaria and other related tests on Monday 26th June 2021 but all results turned out Negative.

Due to difficulties in breathing, Pat says, a suspected case of Pneumonia an infection that flames the air sack in both lungs causing cough, chill and difficulties in breathing, was lumped in, forcing Prischa to look out for the service of a private medical consultant to help leap the journey. At Lacor, she had been given medication to ease the pain she was going through as she waited to make a return on Friday.

However, an earlier discovery on her samples submitted to MOH Laboratory for further investigation confirmed that she was COVID-19 positive prompting the family to call for her immediate admission at St. Mary’s Hospital Lacor by around 11am yesterday.

In the storm of birth, the family is forging ways forward on how to cope up with the whole situation but above all how to take hold of the little baby.

From her hospital bed, Prischa urges Ugandans to tackle the issues of COVID19 with a positive mindset and observe the standard operational procedures.

Born and raised in Paluga Village, Lamwo District Northern Uganda says when the two-decade war in Northern Uganda ended, social development took over with music taking Centre stage in a land where it had completely gone quiet. Embracing music since it had always spoken the same language throughout the world, its resurrection in the North gave her a chance to share her message of hope and resilience to the once rattled people.

With budding talent, Prischa joined professional music in 2012 with her first single hit “Owek Tim Gero” crafted around the theme of preventing domestic violence in a region ravaged by war. The song fetched her an award in a music competition organized by ‘Save the Children International’.

Barely a year into her music career (2013), this song was her breakthrough. It helped expose her to the world of music by recording more songs from the cash prize she had won besides being crowned the best Northern Uganda female artist 2013 and 2015 respectively at annual Northern Uganda Music Awards (NUMA).

Under her Rockstar Edutainment record label, Prischa has since released over 20 songs to her name with a mixed blend of Luo Folks, Dancehall, and now slowly switching to gospel tunes.

Her musical journey relates to her childhood days being in a school choir besides picking a big inspiration from her father, a great traditional music performer whom she says will leave one amazed when it comes to the royal Bwola dance. This kept her on her toes with a dream to emulate her father’s legacy of upholding cultural performances besides working hard to remain relevant in the already flooded music industry. 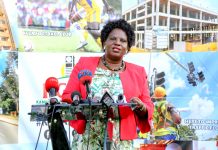 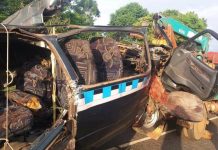