Singer and Mpaka Records CEO, Wycliff Tugume aka Ykee Benda has made his intentions clear to NBS TV’s news anchor Sheila Nduhukire, insisting she is his dream wife.

While speaking to NBS TV’s Uncut Show, Benda claimed that he has for quite sometime harbored feelings for the live at 9 news anchor.

“I have watched her on TV for sometime, I am single myself and I am sure she is the kind of person I want. I need to meet her parents and lay my intentions bear.” Benda claimed.

For starters, Ykee Benda separated with his fiancée, Julie Batenga after 9 months in a relationship. Ykee Benda had proposed and even visited Julie’s parents but the cause of separation is still unknown although the pair had a baby boy by the time of their separation.

However in April this year, rumors started spreading that farmer singer had swallowed his pride, apologized and re-united with baby mama which turned out to be a lie.

With the current news reaching our desk, Sheila Nduhukire has remained silent about the whole issue with no single response to Ykee Benda’s proclamations.

It’s not the first time Ykee Benda is pouring out his love for Sheila, the first time was on April 23, as Sheila Nduhukire celebrated her 30th birthday. Benda penned down a heart-warming message to her revealing how Sheila was his every day crush.

“23rd April, an angel was given to us …she grew into a graceful confident woman of character…what a time to be alive…allow me wish my everyday crush a happy birthday” Ykee Benda tweeted.

He immediately replaced his profile picture with that of Sheila. Let’s see where all this will end otherwise we wish Ykee Benda all the best with this issue concerning his heart. 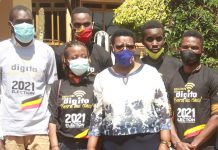 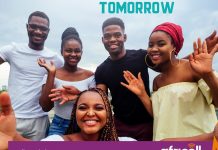