The ministry of health has said City socialite Shanita Namuyimbwa alias Bad Black voluntarily “donated” an advert to the Ministry of Health and government owes her nothing.

In a press release issued on Sunday, the Ministry of Health (MOH) says all key personalities in their adverts including Bad Black have no contractual or financial obligations with government, and their participation is a voluntary donation towards the COVID-19 fight in Uganda.

This comes after Bad Black put the ministry on a 14 day notice with an intention to sue, claiming the ministry owes her money for unpaid services to the tune of UGX. 500M, for appearing in an advert urging women against contracting COVID-19 from male truck drivers.

Bad Black also claims damages amounting to UGX. 50M, for the inconveniences and anguish she suffered upon failure to be paid.

MOH says Precision Communications Limited – an agency Bad Black claims contacted her to record an advert, donated media services to the MOH for free like any other donations that have been going towards the COVID fight.

They say government only paid for airtime on radio, television and digital platforms, but Bad Black’s participation was voluntarily giving back to her country.

“Bad Black consented to record a message that was appealing to her colleagues who were at risk of contracting COVID-19, and would thus spread it to other members of the community” part of the letter from the ministry of health reads.

MOH says it appreciates all entities and personalities who offered their valuable time and services voluntarily to support risk communication to various target audiences for purposes of preventing the spread of COVID-19.

Through lawyers Musangala advocates and Solicitors, Bad Black issued a notice of intention to sue the Attorney General, if the 14-day period elapse without full payments being made.

According to her lawyers, Bad Black was contracted by the Ministry of Health in April through an agent Ronex Kisembo of Precision Media, to record an advert sensitizing women especially those residing in border areas to avoid contact with truck drivers whom government had found to be the risky carriers of COVID-19.

Lawyers however indicate that it was an oral agreement to have their client (Bad Black) record the advert and later meet President Museveni with whom she would discuss the amount and terms of payment which was not done. 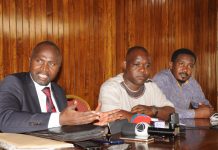 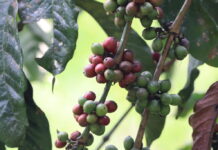 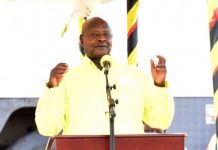 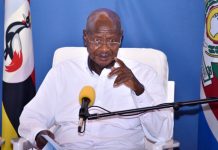