Different notable figures have weighed in on the issue of 10BN Parliament allocation for MPs alegedly to facilitate their efforts to fight coronavirus.

The MPs decision has attracted a backlash from the public who blamed the August House for being insensitive to the population that is suffering the effects of coronavirus.

In his long Facebook post, Bebe revealed how he is so disgusted by the decision taken by NRM MPs to accept shs. 20 million each.

As “their comrade” who has always gone looking for NRM votes, Bebe says the action of legislators will deny him a platform to support them.

He says he is heartbroken despite the fact that there are so many things that go wrong and swept under the carpet.

“You completely disregarded the feelings of the Ugandan who for sure are suffering in this period .” BebeCool Said.

He added the MPs would have atleast said they wanted 20M to buy food for vulnerable people in their respective constituencies.

“These are the times you should side with all your people and not your pockets. you should sacrifice income from your business to support a good number of your voters.” He said.

Bebe Cool asked legislators to reconsider their decision and sacrifice for the good of their voters.

He said since MPs receive a huge monthly salary, they should be discussing taking a pay cut during this crisis.

“You already each earn a minimum of shs 25m per month, of which none of you has put a motion in parliament to cut it to half during these hard months to support government financially.” He said.

Bebecool says the decision by Parliament is not about fighting coronavirus but a mafia ploy by Parliament intended to fight President Museveni the way other institutions like Police, and State House have always done. 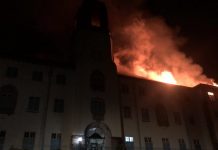 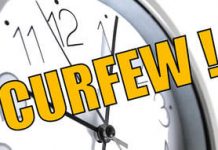 PM Nabbanja on spot over unpaid car hire services during a...