As a latest measure to curb the spread of coronavirus in Uganda, President Museveni has criminalized physical exercise in public.

President Museveni said those found in breach of this directive will be charged with Attempted Murder.

The move followed a practice by members of the public especially in Kampala and its suburbs who engage in group physical exercises outdoor, during the lockdown period.

“That nonsense of ‘we are bored’ is rubbish” the president said. He advised members of the public to conduct physical exercise from home.

Museveni reiterated his earlier position that the situation in the country is “war” and therefore does not guarantee convenience. He directed that anyone found exercising in public should be arrested.

The president said he will release a personal video showing how one can exercise inside a room.

He said those undermining the health regulations, endanger the lives of Ugandans.

In the new guidelines, eviction of tenants by landlords is outlawed until the lockdown is over, but the outstanding arrears will be paid afterwards. Boda-boda riders have also been directed to operate between 6:30 am to 2PM. Empty pick-up trucks are not permitted to move during the lockdown too.

He said Uganda is very prepared and built capacity to handle several processes including samples testing in the country. He said soon face masks and other items will be in the country, besides domestic factories that will produce items locally.

He said since the outbreak erupted, Uganda has also developed capacity in production of locally made sanitizers. 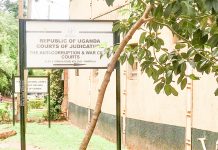 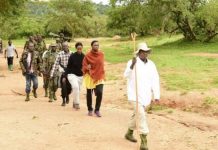 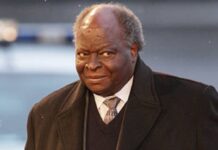 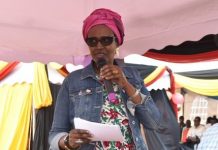