Her death however, has sparked a controversy with supporters of the People Power Movement claiming involvement of a police vehicle, and putting the police force on the defensive.

In an additional statement released today, Police says the findings indicate that the police vehicle was not involved in the accident and their driver is not responsible. Police say it is not true that the victim was deliberately knocked dead by a police 999 patrol vehicle as Kyagulanyi alleges.

According to the statement, it was further established that Ritah Nbukenya was putting on a black light trouser with a cream blouse and there was nothing like a red cap or red shirt associated with Robert Kyagulanyi’s supporters.

Kyagulanyi and his supporters have since come out to allege that Ritah Nabukenya was a victim of political persecution since at the time the incident happened, she was putting on colors associated to People Power.

“It is our position that the narrative carried by Hon. Kyagulanyi was a deliberate and orchestrated attempt to cover up the fact that the victim died from crash injuries resulting from double boda-boda accident for political leverage.” The statement reads in part.

Police say, their vehicle Land Cruiser UP 4841 was driving along Nagulu Road behind Nakawa Market when a speeding motorcycle carrying the victim overtook it, before it got involved in a head-on collision with another Boda-boda, sending both the rider and the passenger (Nabukenya) falling in front of the police vehicle.

The statement indicates that the incoming boda-boda rider staggered abit and sped off the scene. All the three had no helmets police says.

Immediately after the incident, the police patrol car stopped, picked the victim who was unconciuous and rushed her to Mulago Hospital for treatment. However, police notes that for unknown reasons, the rider who was carrying Nabukenya was whisked away and hidden by fellow riders.

Police states that at around 1pm, the victim who was later identified as Ritah Nabukenya (28) succumbed to crash injuries. 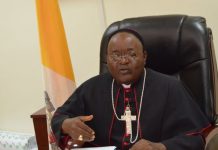 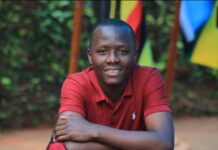 Oulanyah’s Spirit must be horrified at Cash Bonanza in his funeral...