The Uganda Police will continue to block Hon. Robert Kyagulanyi’s scheduled Consultation meetings until there is assurance that he and his team will respect the law.

The declaration from police came hours after Kyagulanyi’s consultation meeting scheduled to take place today at Pope Paul Memorial Hall, in Ndeeba, Rubaga Division in Kampala, flopped after police deployed heavily and blocked the entrance to the venue.

Deputy Spokesperson of police Polly Namaye said, police is still waiting for an assurance from Bobi Wine to confirm that there is an effort to respect law and order. Namaye says, Kyagulanyi was expected to meet with police and Electoral Commission and harmonize their positions on consultations before the meeting is held, which has not been done.

She also reffered to a letter, police wrote to Bobi Wine to put in place modalities, and harmonize the proposals he (Bobi) advanced during a stakeholder meeting with the Electoral Commission in Jnuary 2020, to streamline the conduct of the consultations for proper security planning and adherance to the law.

Police says a consensus must be reached between police and Bobi Wine before the consultation meetings are held.

As part of the requirements, Kyagulanyi’s consultations must follow regulatory guidelines as prescribed in the Public Order and Management Act, 2013. He is also required to submit a plan of the consultations, and ensure that the venue, the number of people attending, the ushers, the parking space and other facilities are included in that plan.

On 14th February 2020, Kyagulanyi wrote to the IGP notifying him of the intention to hold a consultative meeting in Kampala, but police formally advised him that there is urgent need to harmonize his proposals with Uganda police and EC before the meeting is held.

In the 21st February letter to the EC on the said proposals, Kyagulanyi however states that some of the requirements by police ahead of consultations like firefighting equipment, sniffer dogs, ambulances and access-control machines, were unreasonable and had no basis in the law.

He also said, police should take on the role of securing the participants in the meetings, instead of relegating the role to the organizers since some of the requirements are not accessible to them. 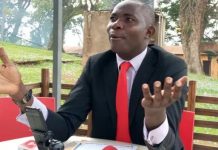 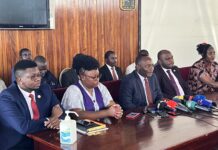 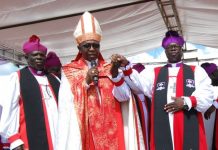 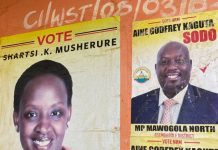