Police have confirmed that 15 people perished in a nasty road accident that happened along Busia -Namayingo Musita highway on Friday morning.

According to information posted on Uganda Police Force social media site, the victims died on spot after a taxi they were traveling in rammed into a stationary Tata lorry killing all the occupants.

A Taxi Reg number UBD 089A that was traveling from Namayingo to Kampala rammed into a stationary sugarcane Tata reg number UWP 616 at Imanyiro village. All the bodies of the deceased were taken to Mayuge health Centre IV for postmorten examination. 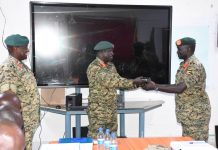 Brig. Gen Otto takes over command of the Uganda Contingent in... 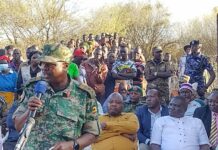