Religious leaders and Bible scholars have weighed in on Pastor Bugingo’s latest assertions discrediting marriage vows, admonishing him for deliberately misinterpreting the bible to justify his separation with his wife, saying his recent attacks on relevancy of marriage vows are unfounded.

The Bishop of West Ankole Diocese Rt. Rev. Canon Johnson Twinomujuni has said it is disheartening that Bigingo is taking advantage of his follower’s innocence some of whom have been blinded or brainwashed by his blasphemous eloquence making them victims of a theological vacuum he has created. He said Bugingo should understand that reading the Bible is different from understanding the scriptures.

In a sermon he delivered recently to his followers at House of Prayer Ministries Int. which he heads, Pastor Bugingo challenged the relevancy of marriage vows claiming they are not biblical, and satanic. Bugingo said the vows are not quoted anywhere in the bible, and they are the reason for increasing cases of murders between married couples since death is the only option for disgruntled spouses as prescribed in the vows.

The statements sent shock waves across faith ministers in Uganda with outspoken religious leaders including Pastor Robert Kayanja of Miracle Centre Cathedral – Rubaga, and the leader of Born-Again faith in Uganda Presiding Apostle Joseph Serwadda expressing outright disgust over Bigingo’s claims saying he may not be reading the bible.

During a marriage retreat at his Church, Pr. Kayanja said marriage between a husband and wife is a lifelong commitment (until death does us apart), and that it was intended to portray the marriage of Jesus Christ to the Church.

“I used to think that his problem was English, but now I fully believe that the brother is anointed to start a new cult. He attacks rings, he attacks Christmas, and everything that has been designed to give God all the glory,” Pr. Kayanja said.

Pr Kayanja noted that the essence of cults is to borrow ideas from many other religions in order to accommodate every other person in the entire world.

In a document circulating on social media, Rt. Rev. Twinomujuni Johnson, a bible scholar with a wide experience in Christian service, cites more than 25 verses in the Bible which abhor separation of couples married in Church, wondering how shallow Bugingo’s interpretation of the Bible and reasoning is.

“He states that no where does the Bible say that the married should not separate. Remember that the Bible is God’s holy, infallible, and inerrant word, some versions of which he once set ablaze on an Easter Monday, claiming that they were deceptive!.. Of course, for this particular statement and others of similar nature he has been making, one underlying and obvious factor, which is having a significant influence on his judgment, is his divorce, the possibility of other forms of conditioning notwithstanding. His yearning soul is in a desperate need for justification over his prejudiced separation with his bona fide wife, which, because he cannot get it by virtue of moral objectivity, he is deliberately misinterpreting the Bible, so he can justify his act – if it were possible.” The document reads in part before he made his analysis on relevance of marriage vows:

“Let us now zoom in on the issue at hand and do a theological analysis of his claims, basing on the Bible, of which, deriving from his utterance, he is a prolific student and a voracious reader.

What is Bugingo’s interpretation of these verses, and if he has not read them, which Bible has he been reading all those countless times?!

2. Consider Jesus’ command: “What God has joined together let no man put asunder” (Mat. 19:6). Has Bugingo read it? Can he define either the logical or conceptual scope of its duration? In other words, where and when does the legality of that instruction’s demand end?

3. About those who are joined in marriage Jesus asserts, “they are no longer two, but one flesh” (Gen. 2:24; Mat. 19:6). How can one separate with oneself?! Looking closely at the immediate context of the verse and Jesus’ plot of thought here, one doesn’t have to be a genius or even a cultured theologian to realise that the word “therefore” which Jesus uses immediately after his assertion, is actually ‘there for something’ – to emphasize what is otherwise implied, that he (Jesus) is speaking against divorce. Actually, the words ‘no man’s in the phrase “what God has joined together, let no man separate”, speak also to the two, who are married. The husband and wife are also included in that prohibition.

There is the except clause of Mat. 5:23 that has always been looked at as Jesus’ permission to divorce. While it is true that “marital unfaithfulness” or sexual immorality can be a ground for divorce, if it happens, it comes as a regrettable consequence of an already defiled marriage, not as its approved remedy.

4. Does the Bible Mr. Bugingo has read have God’s assertion “I hate divorce” in Mal. 2:16? When God says so, what does that mean for the married? Doesn’t that imply that God requires that our marriage be a lasting one? Where does a marriage whose parties won’t divorce end, if not till death separates them?

5. In Eph. 5:25-33, Paul likens the marriage between a husband and wife to Christ’s relationship with the church, and commands the man to love his wife as Christ loves the church. When does Bugingo expect Christ to be separated with his ‘bride’ – the church?

When Bugingo says that the marital vows are not in the Bible. Is this to indicate that for him every activity, phenomenon, invention, and venture ought to be stated in the Bible for it to be true, right, or acceptable?

Should the Bible have stated in black and white: build cars, use computers, boil water before drinking it, form a political party, construct aeroplanes, make tarmac roads, establish hospitals, design smart phones, make jets, use treadmill and TRX bands for fitness, establish constitutions, set up universities, etc…so we know that doing such is biblical, and therefore acceptable?!

God created us in His image and gave us brains to use. In some aspects the Bible is specific and particular in accordance with both the immediate and wider contexts, but in other and actually most cases it states what is true or right in principle. What the Bible says in principle informs our conscience and so guides or facilitates our decisions and establishments.

6. Bugingo’s reasoning that the vows compel the married to kill each other is very unfortunate. The worst of this assertion is its implication. He interprets the statement to mean, ’cause death, so you can then get married to another.’ What peace do those who divorce enjoy, after? What society would survive if the parties that make it separated at each and every misunderstanding or conflict?

Dear Aloysius, marriage survives on the classic nature of agape love as stated in 1 Cor. 13.1-9, not on a series of separation, or of murder and remarriage. Love which understands, which bears, which forgives, is the kind that sustains marriage to the end.

7. Mr. Bugingo asserts that those marital vows came from Satan. Which irrefutable proof has he that their origin or author is Satan? Which evidence is there that makes such a claim valid?

May the Lord bless you for reading this. May He protect you from false and pseudo ideologies and teachings from self styled liars – enemies of the gospel and God’s infallible word. May the Holy Spirit illumine our minds and keep us alert.

A trained teacher, Rev. Canon Johnson Twinomujuni has a certificate in theology from Kinoni Divinity College, a first class bachelors degree  in Biblical studies and a masters degree in Christian Education from reformed Theological Seminary in Jackson Mississipi, USA.

He also has a second Masters Degree in Organization Leadership and Management from Uganda Christian University. He is a Chaplain at Mabarara University of Science and Technology as well as a part-time lecturer at Bisho Stuart University. In 2004 he was appointed to Uganda Bible Institute, a theological college he helped establish, and is still a principal. 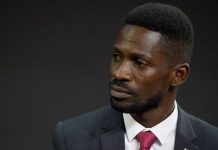 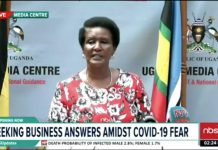 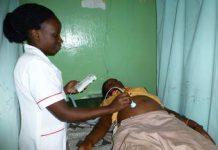