MPs on Parliamentarians’ Forum on Food Security, Population and Development have blamed government for not taking its obligation to ensure the country has food security.

The group of members of parliament led by Kilak North MP in Amuru District Anthony Akol said the current inadequate food situation in Uganda is worsening the nutritional levels among the communities across the country, urging for quick government intervention.

Akol demanded government to urgently supply food to the areas of food scarcity to avert the situation, and rescue the people hit by food crisis which has since forced food commodities to increase in those areas.

“This has contributed to food insecurity in the country leading to some people dying as a result of hunger,” said Akol.

In a bid to manage issues related to food security and disruption in the food supply chain, the MPs are pushing for the quick draft of the law on food security, food safety and nutrition.

In September this year, MPs drafted a new law that will require all homesteads in rural areas to have mandatory granaries for food security to avert food insecurity in the country.

The proposed Food Security and Nutrition Bill bars homesteads from selling 100% nutritious food, such as milk, bananas, without leaving some for home use. The bill which will soon be introduced to parliament for consideration, is still in a draft form by the legal minds of Uganda parliamentary Alliance on Food and Nutrition Security.

Food Insecurity and Malnutrition are threatening to destroy a generation of children in Uganda. At the same time, its estimated that over 3m Ugandans face serious levels of food insecurity and need relief food, while at the same time, a third of young children are stunted. The damage caused by stunting to cognitive and physical development is irreversible and has long term implications for human capital development.

To develop the bill, the MPs are set to start a nationwide campaign on nutrition and food security across 20 selected districts, include; Mororto, Kotido, Iganga, Adjumani, Koboko, Kapchorwa, Kanungu, Kibaale, Gulu and Kasese among others.

The Uganda Parliamentarians Forum on Food Security, Population and Development is a voluntary and nonpolitical undertaking for members of Parliament with a mandate to promote the advocacy and legislation on issues of Food Security, Nutrition, income generation as well as improved livelihood. 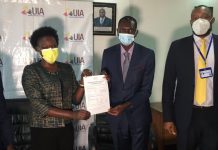 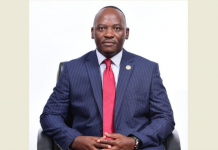 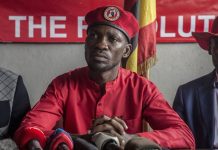 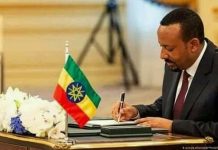