A grenade explosion in Somalia’s lower Shabelle region killed a deputy District Commissioner and wounded five others, a government official said on Monday.

“Mohamed Abdullahi Kosto, deputy district commissioner who was also acting District Commissioner, was killed in the attack. At least five people including his father and his wife were also wounded,” Hassan said.

The wounded, with children among them, were rushed to a district hospital for treatment, he added.

Police officers in the town arrived at the scene and started an investigation but no one has yet been arrested for the attack, according to local media.

No militant group has yet claimed responsibility for the grenade attack in Wanlaweyn, 90 kilometers (55 miles) southwest of the capital Mogadishu.

The attack came hours after the Somali military said it had conducted a military operation against Al-Shabaab in lower Juba region, killing at least five militants, including Al-Shabaab’s regional financial coordinator. 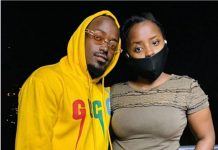