Gen. Yoweri Kaguta Museveni has this morning been nominated as the national chairman and sole presidential flag bearer for the ruling National Resistance Movement (NRM) in the forthcoming 2021 General Elections.

Museveni was successfully nominated at an event held at NRM party national Headquarters in Kampala following the deceleration from the party Electoral Commission that all who had expressed interest to challenge him for the top party position failed to show up.

Museveni was duly nominated for the position by the prime minister Dr. Ruhakan Rugunda and seconded by several other party members before he was declared as the sole candidate.

According to the party Electoral Commission chairman Dr. Tanga Odoi, other aspirants who had expressed interest to challenge Museveni for the position including Former Makindye East MP, John Simbwa did not return nomination papers up to the close of nominations giving Museveni a smooth sail through the process unopposed.

However, Museveni’s bid for the two positions awaits approval of the NRM Central Executive Committee (CEC) before he is formally approved as the NRM flag-bearer in the 2021 elections.

What must be noted is that Museveni’s candidature was earlier approved by the NRM CEC during a meeting at Kyobe Safari Lodge in 2019.

Museveni, who is seeking a sixth term of office as president thanked NRM members for the nomination and highlighted the need to consolidate the achievements the NRM government has made in the last 35 years.

Others who were nominated today include Hon. Moses Kigongo and Capt. Francis Babu for the position of the NRM party national Vice Chairperson. 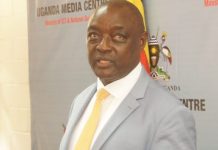 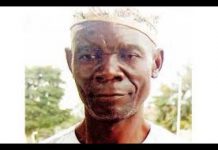