The opposition members of Parliament are upbeat after the long-awaited bill to amend the Constitution to accommodate several electoral reforms has been gazetted.

In a press conference held in parliament today, opposition MPs expressed joy and optimism that the ‘much needed reforms’ to the constitution are on the way.  The (bill title) Constitution (Amendment) Bill 2019, appeared in the gazette issued on 13 December 2019, as Number 33.

The bill in question, seeks to reinstate the Presidential term limits, involve the Judicial Service Commission in the appointment of members of the Electoral Commission, establishment of a panel of Speakers of Parliament, and change the name of the Uganda Police Service.

The bill also seeks to repeal the office of RDCs, repeal the office of the Prime Minister, prohibit appointment of Ministers from among MPs, remove the Army representation in Parliament, restrict the number of ministers to only 21, and permit political parties to challenge the presidential elections, among others.

Over the years, there have been calls (mainly from the opposition and CSO’s) for comprehensive amendments to the constitution especially on clauses relating to electoral reforms, but government has been reluctant to table the bill.

Government has always promised to table the reforms until August this year when Attoney General William Byaruhanga tabled the reforms. The opposition however insisted on tabling their own bill saying the tabled reforms were inadequate, and coming in piece meals.

In September, Ndorwa East MP Winfred Niwagaba was granted leave to introduce a private members’ bill titled ‘The Constitution (Amendment) Bill 2019, saying his bill has nothing to do with the electoral reforms that were introduced by the Attorney general a month before.

Hon. Winfred Niwagaba who also dubs as the opposition shadow Attorney General says he is happy that the bill has been gazetted, and hopes it will be read for the first time in Parliament on Thursday this week, since that it has been gazetted.

The Leader of opposition in parliament (LOP) Hon Betty Aol Achan said she and her members will do everything possible to push for the bills support and perhaps, approval by the house. 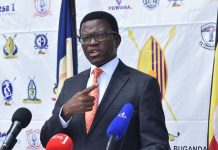 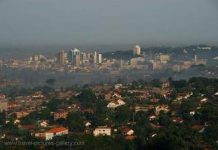