Workers representatives on a two-day retreat in Fort Portal have re-echoed their concern over NSSF takeover by Ministry of Finance. Workers say the Finance Ministry has no integrity to manage the security fund and if Museveni dares allow it to happen, he should forget their support in 2021.

National Organization of Trade Unions Chairperson Mr. Wilson Were said workers unions are aware that some of the officials in the MOF have positioned themselves to dismantle the fund which they cannot tolerate because the ministry is riddled with scandals, and full of thieves.

He said labour in Uganda unions are against liberalizing the social security fund, and appealed to the president to intervene because they cannot allow MOF to mess the workers fund.

“If he allows that to happen, we are parting with him. We have helped our president for the last 30 years but we cannot allow to be disadvantaged by Ministry of Finance.” Wilson Owere said.

Both the Ministry of Finance and the Gender Ministry are locked in a sharp disagreement over who should manage the fund with the finance ministry seeking that the supervision of NSSF be placed entirely under the Finance Minister.

Owere says they had allowed MOF to use part of the social security fund, but they can’t allow MOF to wholly takeover management of the fund.

Representatives of workers are on a retreat to discuss several issues concerning their docket, and to evaluate their position on how they can effectively contribute to efforts towards meeting Vision 2040 objectives. The retreat also seeks to foster unity among workers in pursuance of their rights.

Hon Arinaitwe Rwakajara said the retreat will also harmonize workers’ position on the amendments to the Employment Act which is currently before parliament. He said representatives of workers want a law to manage externalization of labour, which he said will ensure safety of Ugandan migrant workers.

He said the current regulation does not provide for attaches in Ugandan Embassies abroad, and labour companies have exploited the gap in the law to exploit Ugandans. 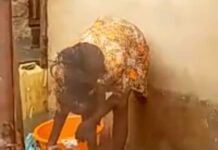 Woman seen in video torturing a juvenile to be produced in... 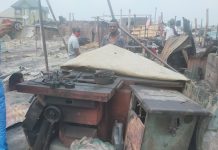