President Museveni has said he has information that implicates many government officials who are corrupt, but he is yet to cause their arrest because he is still gathering evidence against them.

The President was speaking at Kololo Independence Grounds on Wednesday, after leading a 3.5 Km Walk in demonstration of commitment towards the fight against corruption in Uganda.

“I monitor your groups, ..people tell me. Only that i do not have enough evidence to arrest you, but I know many of you who are corrupt” Museveni said.

He however said the corrupt are not safe because once he gets enough evidence to incriminate them, he will arrest them.

The president highlighted the need to stamp out corruption in public offices in order to effectively deliver services to the people.

“I don’t think there is any law that we have not put in the statute books, but the problem is with implementation. I think the mistake was recruiting people in the IGG’s office and URA on the basis of paper qualification when actually it should have been on the basis of integrity.” he said.

Museveni said ill-gotten wealth is a curse, and the corrupt at one point will come to face it.

“For the last 60 years no one has sustained wealth obtained from corruption. It’s a curse”

Museveini said corruption is a moral, spiritual and material issue, but what is required first is to address the issue of acute needs by the majority population, which at times forces them to engage in corruption.

Museveni said Political, judicial leaders and administrators should address underdevelopment of the economy which is the material basis of corruption in Uganda. He said people with money can be corrupt, but sometimes it is acute need that causes corruption. 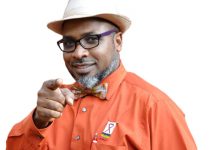 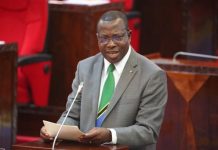