Activists say the declining nosophobia towards HIV/AIDS has been propelled by access to anti-retroviral drugs, leading to growing negligent behavior in sexually active Ugandans, which could lead to a reversal in the prevalence of the scourge.

Dr. Nelso Musobe the Director General Uganda Aids Commission says despite positive results in the country’s efforts to fight AIDS, reduction in fear of HIV/AIDS within Ugandans could undermine the gains registered over time. He said access to drugs could have brought laxity. He was speaking during a talk-show on KFM Radio on Saturday ahead of World AIDS Day.

Statistics for 2018 indicate that around 1000 infections were registered in Uganda every week despite a 58 percent decline in the number of AIDS-related deaths since 2010.

Uganda was hailed in the 90’s for the effective interventions in the fight against AIDS which consequently resulted into a sharp decline in HIV prevalence rates. However, recent surveys by the Aids Commission show a rise in AIDS transmissions.

Dr. Musoba says much as it may not be possible to reclaim the ‘fear’ Ugandans had in the 90’s, but new measures are required to step up the fight against AIDS. He says government should invest in mass sensitization programs as well as fighting stigma in communities across the country.

Uganda is among the 20 countries with a high HIV/AIDS burden, with a 4 percent share of HIV infections in the whole world. 1.38 million Of the 35 million people are living with HIV globally are Ugandans.

The population and Impact Survey shows that children as young as nine in Uganda are sexually active a trend attributed to what they are exposed to.

Maj. Rubaramira Ruranga an activist who has lived with HIV for the last 35 years says the fight should be intensified and more seriousness exhibited through taking the fight to homes contrary to programs that target the elite. 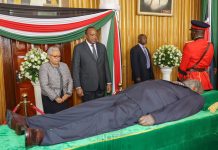 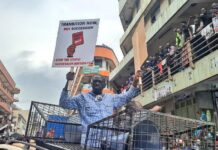