The Management of Uganda Civil Aviation Authority (UCAA) have reassured the public and travelers that any case of misconduct by the Entebbe Airport staff is expressly handled, and disciplinary action taken against the culprits.

This follows a set of video clips trending on social media implying that some service providers at Entebbe International Airport have been extorting money from passengers for no definite reason.

In a statement, UCAA management condemned such acts and that it is regrettable and unacceptable where such incidents happened.

UCAA however says it is important for the public to know that while UCAA facilitates operations at Entebbe International Airport, services are dispensed in liaison with several independent providers including but not limited to immigration, handling agents, Airlines, Ministry of Health through port health, Security agencies, URA customs, among others.

“Nevertheless, we would like to assure the public that previously reported cases with specific details have been thoroughly investigated and where staff of various agencies operating at the airport were found culpable, serious disciplinary action was taken, including termination of contracts and withdrawal of Airport access passes from them among others. We should like to reiterate our commitment to continue engaging all the airport service providers to take action on anyone found culpable of this vice, and also ensure that complaints are dully addressed to the satisfaction of the airport users” the statement issued on Thursday reads in part.

In a Tik-tok video this newspaper saw, a service provider from the port health department is seen making a transaction for Yellow Fever vaccination certificate though details of alleged extortion are not elaborate.

“Unfortunately, none of the regurgitated videos specifically states a particular check point, time, day, and flight details of when the alleged extortion may have taken place. this would help investigations. we are contacting the parties in the Tik-tok video to share with us information that can guide us to take quick action..” it adds.

The UCAA management says no specific information was established to collaborate the claims. They stated that the airport has CCTV cameras in strategic places which enables security to address such issues when they occur.

The statement also urges the traveling public not to be compelled or lured into paying any staff they interface with (from whichever agency) in the course of travel through Entebbe International Airport but also to report any cases of extortion because any exchange of money for favors is illegal. 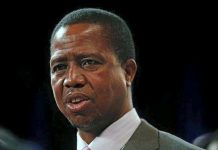 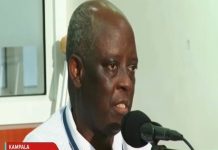 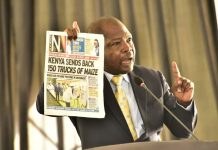 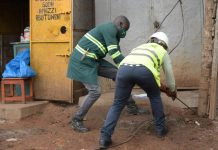