The Satellite named PearlAfricaSat-1 built by Ugandan scientists under a Joint Global Multi-Nation Birds Satellite program (BIRDS) with Japan will be launched to the International Space Station today at 12:00EAT.

PearlAfricaSat-1 has been built by a team comprising engineers Edgar Mujuni, Bonny Omara and Derrick Tebusweke who obtained training to design, build, test and launch satellites at Kyushu Institute of Technology Japan under Uganda’s space program.

Under its space program, Uganda is also setting up an earth station at Mpoma in Mukono district for command, control manned by Ugandans in management of the countries satellites.

After the launch of Uganda’s satellite to the International Space station, PearlAfrivaSat-1 will subsequently be deployed into low earth orbit next month December 2022 to start its opetations.

This data, according to Musenero, will be analyzed to efficiently predict weather, water quality, soil fertility, landslides and drought.

With such capabilities, Hon Musenero says the satellite will play a vital role in planning, resource management, and environmental impact assessment in the oil and gas industry. 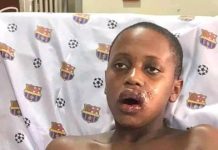 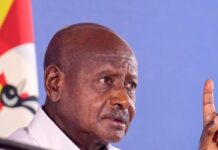 The Challenge of high commodity prices is easier to deal with...