This has been a big or long week for the National Unity Platform (NUP), I am to say. Yet again, the populace is being treated to an action packed political contest between the politburo at Kamwokya and a breakaway faction based at Kabowa.

This hullabaloo clearly stems from the National Unity and Reconciliation Party (NURP) metamorphosed into what we now know as NUP. The latter was formed out of a marriage between a briefcase NURP that was purportedly founded by Moses Kibalama Nkonge in 2004 and a fringe umbrella movement ‘People Power’ then led by Kyadondo East legislator Robert Kyagulanyi Sentamu aka Bobi Wine.

However as we were approaching the 2021 Elections, Kibalama blurted saying he had been shortchanged and in a twist of event petitioned courts for recourse. When their case was dismissed by Musa Sekaana in October of 2020, it was expected that normalcy had been restored, we were damned. The Kibalama faction is back at it again with the same arguments that were settled by court.

Does NUP have a constitution?

Theatrics aside, it appears the Party lacks an Internal Disciplinary Mechanism or dictum on how to handle belligerents like Kibalama, Gideon Tugume and company. Personally, i have not seen NUPs Constitution. If it exists, its tucked somewhere under some one’s pillow.

It is mind blowing how a party in this day and age can unmovedly tolerate their imprudent actions; perhaps they need to borrow a leaf from their big brothers Forum for Democratic Change (FDC) and National Resistance Movement (NRM). For instance, section 12 (d & e) of the FDC Constitution clearly spells out the red lines members are not supposed to cross which are; engaging in activities hostile to the party, joining another party or standing as an independent candidate.

True to their word, they have demonstrated that no one is indispensable. On December 7, 2020; the Women’s League Chairperson Ingrid Turinawe found herself in the firing line following her decision to vie for the Rukungiri Municipality seat as an independent.

This has not spared even founding members like Betty Kamya the current Inspector General of Government (IGG) and the former Maracha County MP Alex Onzima. Kamya on her part was sacked in 2010 for forming a party known as the Uganda Federal Alliance (UFA) while still under their roof. Three years later, NRM showed Theodore Sekikubo (Lwemiyaga county MP), Muhammed Nsereko (Kampala central MP), Wilfred Niwagaba (Ndorwa East) and Barnabas Tinkasiimire the exit for insubordination although this was later overturned by court.

Why is NUP finding it hard to expel Kibalama?

Kibalama and company’s behavior are not any different from the above. Instead of whining and clogging air waves with monotonous arguments on who owns what, NUP should use these incidents as a pedestal to restore order and throw their adversaries under the bus constitutionally. That is, if any prescription exists to this end.

Otherwise, I might be inclined to think that these squabbles are choreographed to keep the Party in the news or for purposes of gaining political mileage. More so, at a time when they seem not having any solutions to offer; about the prevalent economic situation, detention of political actors, rampant strikes by the emaciated Government workers.

Dedan Kimathi is a journalist working with ChimpReports and a responsible citizen. 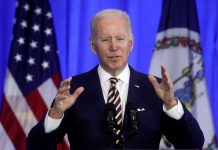 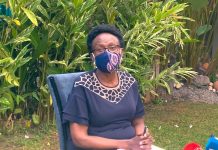 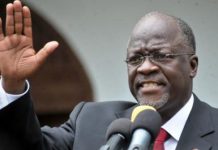