The Democratic Party has decried what it called “Double standards” in the process the government of Uganda extends support to local innovators citing discrimination and collusion to frustrate individuals who have developed locally-made remedies.

The remarks were made by DP President Nobert Mao who accused government for frustrating the Cancer treatment developer -David Senfuka, whose innovations could have provided a cheap remedy for Ugandans seeking treatment abroad, and saving government huge amounts of money in health expenses for its officials as well.

He cited a case of Professor Patrick Egeu Ogwang -the local developer for a supportive concoction in covid treatment known as COVIDEX, who was lucky to enjoy government support, yet other local innovators like Senfuka continue to be frustrated.

“Why would Professor Ogwang be the one to be supported; He has even got free land. I am not saying he doesn’t deserve it but what about Senfuka? As a matter of fact, Prof Ogwang is using the same approach like David Senfuka but because he studied form a medical school, he is treated differently than Senfuka. That is double standards” Nobert Mao said.

While speaking to journalists, Mao said he spoke to Senfuka who attributed his fate to pharmaceutical firms that have since been lobbying the government to block him from developing his innovations. He claims the pharmaceutical industries want to protect their market for drugs against his cheap and effective local remedies.

Mr Senfuka, a P.7 dropout is a researcher with proven competences in treatment of Cancers, Diabetes and other related ailments, has been for several years craving for government support without success. Senfuka claims his pleas for support fell on deaf ears with pledges from government sometimes turning out to be empty promises.

Senfuka’s pleas for government to take over his research remain unheeded to. In desperation, Senfuka says he has been forced to seek collaborations with foreigners including the Chinese Embassy, the French Embassy, the Royal Embassy of Saudi Arabia, the Japanese and the Danish Embassy in order to develop his innovations, which exposes his innovations to risks.

To date, the only positive response is from Science and Innovation minister Dr Monica Musenero who pledges support to mobilize support but nothing has come yet. Senfuka also wants International certification/ accreditation from World Health Organization (WHO) that his remedies work, a procedure that requires government’s approval.

Mao says it is prudent that David Senfuka should also be supported to secure intellectual property for his innovations because his discoveries will help many Ugandans.

“We are spending a lot of money abroad. Of late, people are making a lot of noise about people who are seeking treatment abroad for a number of ailments.” Mao said it is possible that some of these ailments can be treated locally. “The Uganda government has to support innovative people like David Senfuka who are using traditional medicine” he said.

Mao also reiterated claims that Senfuka’s life is in danger with unknown people threatening him to surrender the formulae used in preparation of his drugs or face death. Now, DP says government should immediately offer security to Senfuka, and commit to funding his innovations the same way it has done for Dr Patrick Owang -the founder of COVIDEX.

“The man’s life is in danger because he has introduced alternative medicine which threatens to kick these drugs that people has been taking out of the market” Mao said apart from government to fast track accreditation of Senfuka’s innovations, he should be protected from the mafia threatening him to release his formulae.

In 2020, Senfuka filed a civil suit against government demanding that for government agencies and the ministry of health to push him to disclose his formulae is an infringement on his academic freedoms since the remedies are outcomes of his own sweat. Courts however recommended that the matter should be resolved through out-of-court settlement.

DP says, the suit should not be interpreted as Senfuka fighting government because after all, he used the same laws that government put in place.

The DP president also presented contents of a 2018 report from a study by a team of local scientists including MOH Director of Research Natural Chemotherapeutics, Grace Nambatya Kyeyune, who concluded that Senfuma’s formulae are duly effective against Cancer, Diabetes.

He also displayed newspaper cuttings which bore testimonies from Maj Gen Rtd Kahinda Otafiire who was cured of diabetes using Senfuka’s remedies, former Chief Justice Samuel Wako Wambuzi, Justice John Bosco Katusti, a one Athieno who was cured of cervical cancer, among others. 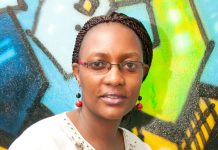 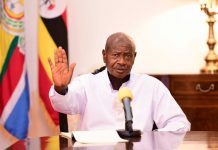