A fresh battle has ensued in the leadership of Bamasaba Cultural institution -Inzu ya Masaba, after one of the two contending factions petitioned the Mbale City RCC, demanding evection of their rivals from the institution’s office premises.

The leadership of Masaba Cultural Institution in Eastern Uganda, is contested by two factions; one led by Jude Mike Mudoma and another led by John Amuram Wagabyalile, both claiming to be legitimately elected Masaba cultural leaders.

The petition arose from a council meeting held at Mutoto cultural site over the weekend and convened by the faction led by Mike Mudoma, where several delegates vowed to evict the rival faction of John Amuramu Wagabyalile and his cabinet, out of offices located at Malukhu, Industrial City Division, in Mbale city.

In the meeting, the speaker, Wilson Wedaira, cited a directive from the two ministers of gender Hon. Frank Tumwebaze and Peace Mutuzo, made during reconciliatory meetings between the two parties in March this year, when it was resolved that each faction must stay away from the offices as they wait for government to gazette the legitimate cultural leader and the Umukuka III of the Bamasaba.

Wedaira told the meeting that their rivals have not only become defiant to the government directive and forcefully assumed the offices, but they also went ahead to appoint a cabinet.

While speaking to our reporter on Sunday, Wedaira said their faction have petitioned the Mbale City RCC, Ahamada Washakie, asking him to intervene and evict Wagabyalile and his group out of office, pending the final government decision on the matter.

The two factions came up following the expiry the Umukuka III -Bob Mushikori’s term of office and his death early this year. Prior to his death, he was due to handover to the new John Amram Wagabyalile whose election was contested.

Mushikori’s five-year term of office had also been characterized by conflicts which saw attempts by some clan leaders led by then embattled former speaker of Inzu Ya Masaba Nelson Wedaira, trying to impeach him for allegedly attempting to change the constitution to hold onto power.

Even before his death, divisions and conflicts had escalated in the new cultural institution with one faction holding elections in which Mudoma was elected and later installed as the new cultural leader.

Having received conflicting correspondences on the Inzu Ya Masaba cultural institution, the Minister was left with no option but to pen a letter dated April 6, guiding the parties to utilize Section 16 of the Institution of Traditional or Cultural Leaders Act, 2011 to settle their disputes and later report to his office.

The foregoing section provides in Section 16(1) that any conflict or dispute within the traditional or cultural institution or within the community shall be handled by a council of elders or clan leaders or a representative body chosen and approved by the community, in accordance with the traditions, customs and norms of dispute or conflict resolution pertaining to that community.

In subsequent meetings involving a council of elders and clan leaders and chaired by Hon. Peace Mutuuzo the State Minister for culture in line with Section 16(1), it was decided that Jude Mike Mudoma and not John Amuramu Wagabyalile be approved and gazetted to replace the Late Bob Mushikori.

However, this decision did not go down well with John Amuramu Wagabyalile who had been elected prior to the election of Jude Mudoma. The conflict still stands. 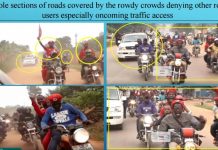 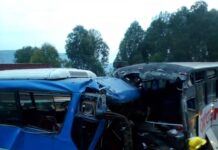 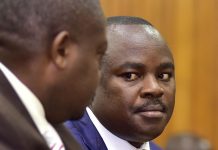