The ceremony to unveil new party members was held at the NUP national party headquarters in Kampala.

On July 22, the people power pressure group leader, Robert Kyagulanyi took up and unveiled NUP – a registered political party, just a few months to the 2021 general elections. The party also unveiled Kyagulanyi as its new president.

At the event, Kyagulanyi stated that people power will remain a movement activist group while NUP is the official political vehicle through which members will pursue their political agenda.

They also unveiled the umbrella as the party symbol as well as its colors -red and white.

Speaking at the event, Kyagulanyi said it s time for politicians to clearly state where they belong other than hoping from one [arty to anpther.

“It is now time to know who belongs where. We cannot tolerate people who belong here and there” Kyagulanyi said.

He also appealed to the new members unveiled today to lobby other politicians especially MPs to join the NUP. 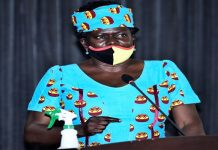 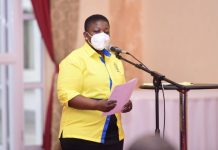 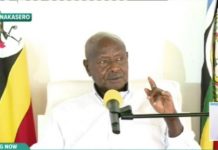 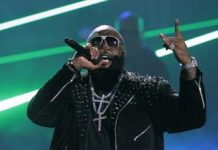