President Museveni has said Parliament messed up when it allocated Shs 10BN to itself under the pretext of facilitating MPs to fight COVID-19.

Museveni said MPs erroneously involved themselves in the structure set to fight COVID-19 which threw the image of parliament in disrepute. He said it took his effort to help parliament out of the mess when he advised them to donate the money to the District COVID Task Force.

“When I met with the Speaker, I told her they should get out of that trap and the best way to do it is by not spending this money on themselves. I agreed with the Speaker to donate that money to the district task force in areas where they lead” Museveni said.

Museveni also said he is aware some MPs have spent the money which he said is unacceptable and they will face off with the Auditor General since they do not have powers to purchase using government funds.

“The MPs who bought items on their own, who authorized you? Are you the purchasing officer of the country? The Auditor General will have to come in. It’s a terrible thing to spend the money on yourself. This is not acceptable.”

He said he advised them that doing it will limit the damage caused by their initial decision. He said MPs are not accounting officers and those who turned themselves into “purchasing officers” will face the Auditor General. He said whoever spent the money wrongly, will pay back from their salaries.

“Spending public money on yourself is not unacceptable. we cannot have a society like that” he said.

He admonished the action of MPs who used the money to buy food items, questioning the structure they employed to distribute food yet MOH guidelines on COVID-19 prohibits the same.

He appelaled to Ugandans not to be diverted from the COVID war, and to pardon MPs who took money to District COVID-19 Taskforce since that can be attributed to poor planning.

He said MPs can only contribute with ideas on how money can be spent, but they are not supposed to buy anything with the money. 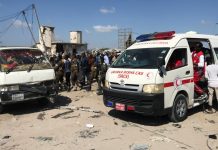 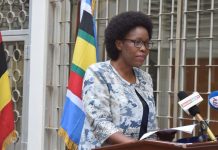