The recent declaration by state minister for Agriculture Hon. Aggrey Bagiire is that Ugandans must desist from eating locusts since the insects may pose a serious health threat.

Minister Bagiire sounded the warning yesterday while delivering the weekly update on mitigation of the Locusts invasion in the Kararnoja sub-region and neighboring Districts, and the measures so far carried out by Government to control the outbreak.

Bagiire’s latest statement contradicts what his colleague in cabinet and Minister for Karamoja Affairs Hon. John Byabagambi made a few weeks ago when he suggested the “eating campaign” as the easiest way to defeat the locusts.

Speaking on the impeding scourge that threaten to send parts of the country into a food crisis, minister Byabagambi said on top of spraying the insects, there was need to alert people in time to catch them and eat locusts as a measure to defeat them.

“Killing them (locusts) is not all. When we spray them and eat them, we will defeat them” Minister Byabagambi said.

On the contrary, Minister Byabagambi told parliament that eating the locusts is not an option since the chemicals used in spraying them could have negative health effects to the consumers (Humans).

Bagiire said much as the chemicals used in fighting locusts are mixed in proportions that ensure quick disintegration, there are no guarantees that the affected insects are not contaminated. He said government does not advise anyone to eat locusts.

“For us we have an option of spraying them, so those you are spraying, you never know when to allow people to eat them when they have got in touch with the chemical. So this one, i don’t want to advise, and that is our position” Bagiire said.

He also disputed claims that Government used bush burning as a strategy to kill locusts saying it was an innovative method by one of the officers who “thought out of the box” after locusts became elusive and were out of reach by the spraying teams.

Bagire said government is doing its best to contain the invasion but control efforts are multi-disciplinary and require the active participation and involvement of many stakeholders. He said a lot of resources (funds) are therefore required for example to provide logistical support to all affected District Local Governments for surveillance, reporting, awareness creation and support control efforts yet the resources provided for response activities are grossly inadequate. 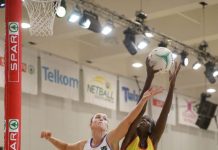 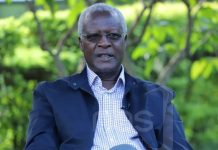 I cleaned up URA of corrupt officials -Museveni 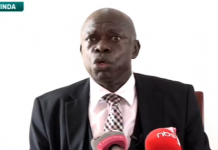