The mover of a motion to censure Gen. Elly Tumwine has finally withdrawn the petition after MPs shied away from the censure process.

With only hours left to the D.Day for the petitioners to kick-start the censure process, the lead petitioners have thrown-in the towel, citing betrayal and pretence from their colleagues.

Kasambya MP Hon. Mbwa Tekamwa, the mover of the infamous motion says he has already formally withdrawn the petition after MPs kept on giving flimsy excuses for failing to sign the petition.

Hon. Mbwa told sabasaba on Wednesday afternoon that of the 150 signatures requred to kick-start the censure process, only 39 MPs had appended their signatures to the petition. 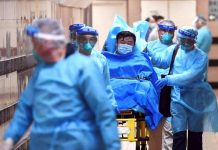