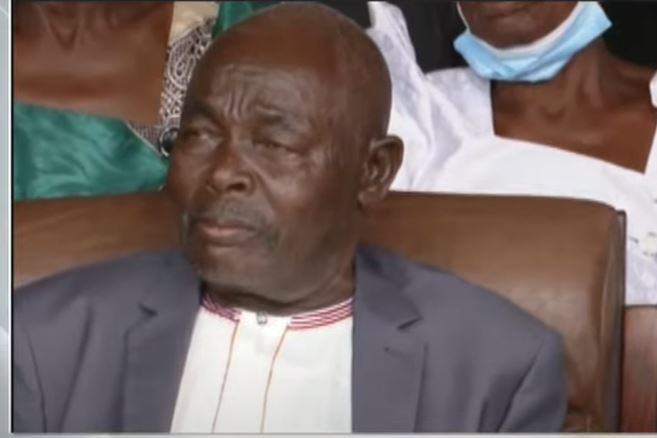 The father to the deceased speaker the Late Jacob Oulanyah, Mzee Nathan Okori, maintains his son was poisoned and he even told him so before he died.

Oulanyah’s father reiterated the claim in his speech he delivered at the burial of his son at Lalogi, Omoro District on Friday.

“Iam not mourning in vain. I want to state clearly that my son Jacob Oulanyah was poisoned. He told me. The doctors attempted to deal with poison but it had affected his health so badly and by the time he was taken for treatment, he was not in position to recover” Mzee Omori said in Acholi as DP President General Nobert Mao translated in English.

The atmosphere was tense as Mzee Okori started his speech which he said he wanted to deliver the speech with President Yoweri Museveni in attendance. Museveni is out of the country attending a meeting with East African Heads of State in Nairobi Kenya, where DR Congo’s president is expected to sign a pact as his country formally joins the East African Community (EAC).

“You the mourners, receive this information in good faith; my son has died. He is now gone. We will never see him again. Thank you” Nathan Okori said as he broke down in tears.

This is the second time Mzee Okori is publicly claiming his son’s death was not due to natural causes. He made the same claim immediately after Oulanyah’s death.

In his speech, the Democractic Party president Nobert Mao said the family and close friends has organized a meeting chaired by the Chief Justice Alphonse Dollo tommorow in which “all issues will be sorted”

Earlier, Mzee Okori appealed to the speaker Anitah Among to take up Oulanyah’s position in the family and take care of him as well as other members who were Oulanyah’s direct beneficiaries.

He also asked the Chief Justice to use his influence and safeguard his estate which he understands is being tracked by a woman who this website learnt is the former wife to Jacob Oulanyah.

The burial was also interrupted by a strong wind which blew away the tent where the casket bearing Oulanyah’s remains, sending people into wild speculation that the spirits are not happy at all. 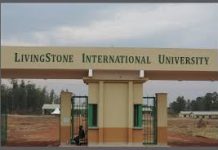 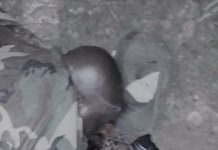