The state minister for Finance in charge of Privatization and Investment, Hon Evelyn Anite has decried “quack investors” who fleeced government and took up huge chunks of free land in Namanve Industurial Park plus several tax incentives, but have not put up a single investment and have refused to vacate to pave way for serious investors.

In a statement released today, minister Anite said the alleged quack investors some of whom she named, have since opted to take legal action in order to block eviction from government land as some had put up warehouses which they rent out and get their money, contrary to lease agreement plans.

Hon Anite, under whose ministry the management of this land falls, says several investors some of whom acquired this land 10 years ago, have not done any development on it but are not willing to vacate.

“What we have, unfortunately, seen as we manage this land is that, there are a number of investors who are unable to execute their projects and the land sits idly for long periods of time. As a result, we have withdrawn and reallocated this land. Some of these investors, have opted to take legal action to stop or change the reallocation process which has a ripple effect on our level of production as a country, the number of jobs being created and on the overall all health of our economy.” Hon Anite stated.

According to the minister, Mariana Agencies Ltd was allocated 76 acres in Namanve to establish a Soap and Vegetable oil plant or factory in 2014. During the 8year period, the investor has only backfilled a portion and no factory was built within the 5year timeline given. UIA withdrew 50 acres to allocate to other serious investors and to be used for the infrastructure development in the park. The decision to withdraw the 50 acres was communicated and Mariana run to the courts to stop UIA from allocating the land to serious investors and developing infrastructure.

Surgipham (U) Limited was allocated 3 acres in 2007 for the purposes of investment in a warehousing project. Over 13 years, the land sat idle with no investment on the land. The lease cancelled and the land withdrawn in 2020. This land was reallocated to Allied Graphic systems in 2020 and the company intends to invest 4 million USD and employ 148 people. Surgipham went to court and blocked the eviction.

Divine Oils were allocated 8 acres for the purposes of setting up a lubricant and oil blending Plant in 2018. They held this land for 3 years and failed to invest as per the lease agreement tenets and the land was withdrawn in 2020. It was reallocated to another investor Mungufeni who plans to invest 6.9million USD and employ 87 people and Engineers Investments which will invest about 2 million and employ 43 people.

Tirupati Developers Uganda Limited were allocated 8 acres here in Namanve in 2009 to develop ware houses and invest over 9 million USD. During that whole period of over 10 years, they only built warehouses in 2 acres and rented them out contrary to the lease agreement plans. In October 2021, 6 acres were withdrawn and reallocated to a company which intends to invest 20 million USD and employ 590 people. Tirupati has also gone to court to stop this investment.

Zamburi Holdings, which planned to invest about 1 million USD, was offered 0.5 square miles of land in 2020 for purposes of mixed farming.To-date, they have only dug a valley dam, erected temporary fencing and had about 40 heads of cattle. This land was withdrawn in 2021 and reallocated to an investor who will invest 2 million USD and employ 850 people. Anita says, Zamburi holdings has gone to court to stop this benefit to Ugandans.

In order to woo foreign investors, the NRM Government put in place an expansive incentive regime implemented through Uganda Investment Authority to support establishment and flourishing of domestic and foreign investors.

These incentives include Free land in gazetted industrial parks for domestic and foreign investors and a 10 year tax exemption on income derived by an investor in an industrial park and outside industrial park who invests in Agro-processing, manufacture of medical appliances if he/she uses at least 70% of local raw materials and employs 70% of Ugandans/East Africans who must take up 70% of the wage bill.

There is also a 10 year tax exemption on income derived from renting or leasing facilities established in industrial parks or free zones. To qualify for this incentive, the minimum capital investment for foreign investors is USD 50 million and for local investors it is USD 10 million. On top of other tax incentives, industrialists access electricity at a low cost of $5 cents for 1-kilowat per hour.

“I am therefore going to write to the Attorney General to ensure that these cases that are in court are quickly resolved so that land can be accessed by investors ready to develop their projects. Quack investors should not be legitimized by the courts.” She noted.

As the Minister in charge of attracting and promoting investment, Anite says she is particularly vested in ensuring that deserving investors have access to the land in the industrial and business parks so as to support the development of Uganda. She vowed that where an investor has been sitting idly on the land, remedial action will be taken to resolve any matters that exist.

“How is UIA expected to set up 500 factories in Namanve when a so-called investor was allocated 75 acres and for 7 years has not even commenced on a foundation for a factory and goes to court to stop the industrialization drive? Turipati has had the land for over 10 years and has failed to put up a factory and is just a landlord renting warehouse space in the park? They all go to court to halt industrialization and jobs for Ugandans. Thanks to our intense investment promotion efforts, we have a lot of investors who want to do business but are being crowded out by people who are just sitting on their land. We cannot let these people be successful. Investors need to be able to do business and be successful.” Minister Anite adds. 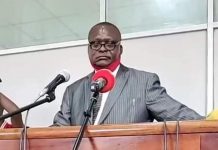 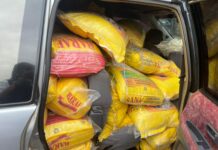