The Inspector General of Government (IGG) Beti Kamya has vowed to reopen investigations into a stalled probe into purchase of fake pre-paid water billing meters and allegations that powerful individuals who used their positions to cover up the matter.

The dubious procurement deal that has been under probe for several years involved National Water and Sewerage Corporation (NWSC) Directors who procured water prepaid meters with functionality issues at a cost of Shs17 billion.

Recently, a section of workers at NWSC asked the the IGG to revisit investigations in the allegations implicating the Executive Director of Public Procurement and Disposal of assets Authority (PPDA) Canon Benson Turamye to block investigations into a matter.

It is alleged that PPDA Turamye in connivance with NWSC Managing Director Dr. Silver Mugisha, ignored the investigations and instead Turamye exploited how he could benefit from the dubious procurement deal.

According to the whistleblower’s petition submitted last year, Dr. Silver Mugisha used his position to cause promotions at NWSC which saw Turamye’s wife elevated to a more privileged office so that on the other hand, the PPDA boss Turamye could influence the investigations into the messy procurement deal.

Turamye’s wife had been recruited by NWSC as a senior Internal Auditor on August 6, 2018. In a surprise move that shocked senior staff at NWSC, petitioners allege that Mugisha abruptly promoted Kembabazi to Senior Compliance Officer on September 2, 2020, on a salary scale of 3.10, which is almost equivalent to that of principal officers at NWSC.

Whistleblowers say, Mugisha ignored to promote staff who had worked for five years at that public company, well knowing that Kembabazi’s promotion would save him from PPDA investigation as agreed with Turamye.

“I want to assure Ugandans that the IG will reopen the UGX 17B NWSC procurement of prepaid meters without fear or favour!” Beti Kamya posted on Twitter.

The whistleblowers allege that it is this stalled investigations that led to the fallout between former NWSC board chairman Eng Christopher Ebal. The staff at NWSC also question the qualifications, skills and experience Kembabazi possessed to attain to be promoted in a period of just two years at NWSC.

In his response published in media, Dr Mugisha admits that NWSC procured prepaid meters for Government institutions about 8yrs ago but they developed functionality challenges within 2yrs of operation, which was unusual. He also notes that management took administrative measures with the supplier to mitigate any financial loss to the corporation including withholding equivalent payments to the supplier and cashing performance security.

About 3yrs ago, Mugisha says PPDA carried out a comprehensive performance audit on the matter, in accordance with the law with a report suggesting a raft of measures and recommendations that NWSC management and Board, have since acted on fully.

Ever since her appointment to office in July this year, IGG Beti Kamya has severally declared war against graft involving powerful government officials saying their days are numbered.

“The good news is that the world space, especially for those who think they can steal money from one country and hide it in another, is surely shrinking” She said in another tweet.

“All we need is for each one who knows that corruption hurts us all to put on their armor & join the war. There is only one option in this war – to win, otherwise, the repercussions are dire!!” Kamya stated. 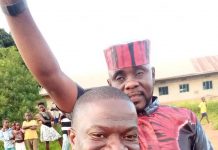 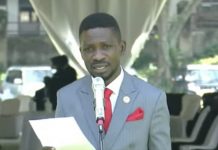 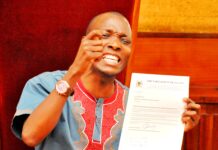