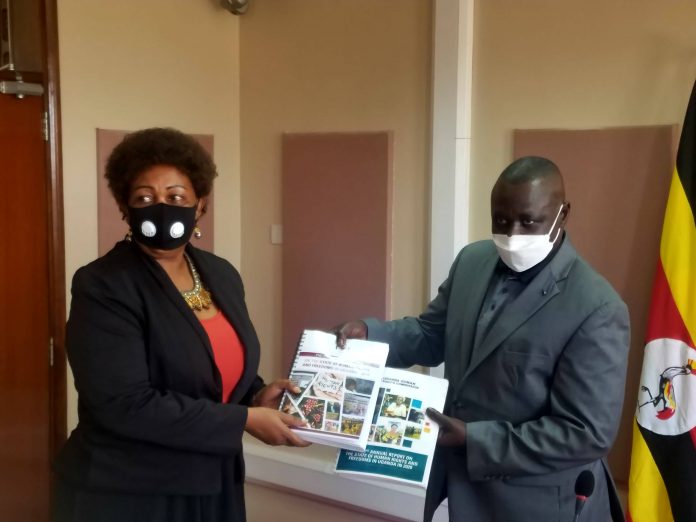 Uganda Human Rights Commission bosses have said they are tired of “stripping” themselves before foreigners while begging for money to facilitate activities of the commission for the execution of its mandate.

UHRC Chairperson, Mariam Wangadya, said the Commission’s dignity is at stake as government continues to neglect its purpose leaving almost all it’s funding requirements to be provided by donors.

Wangadya made the remarks today, during the handover of the Commission’s Annual Reports to the Speaker of Parliament Jacob Oulanyah who he met at his office in Kampala. She said, there is urgent need for serious affirmative action in regard to the Commission’s budget, or let it remain a begging entity controlled by foreigners.

“Currently, all the core activities of the Commission are supported by the donors with the largest support coming from Democratic Governance Facility which has not been operational for a whole year. This has crippled our ability to deliver on our mandate” Wangadya said.

“We currently have a funding gap of 15.8BN and unable to fund our activities. We need imnediate support and request for your intervention. We cannot continue to lament before foreigners” She pleaded before the Speaker.

Wangadya said the Commissioners are stuck following the govenment ban on DGF because whenever they aporoach donors for funding, they are reminded about DGF’s closure and told to wait until government lifts a ban.

“Begging for basic equipment like computers and money to execute our mandate is unacceptable as they (donors) wave DGF saying your government banned DGF” Wangadya added.

She said DGF was funding investigations of the Commission, it’s tribunal hearings and provided support for it’s field offices as well as preperation of Commision’s Annual Reports while government funds are mainly for administration funding with only about 3% going to fund core activities.

“The Commission is on life support and needs instant blood transfusion. We seek your indulgence to ensure we are fully funded. We are tired of stripping ourselves before foreigners” She stated.

She noted that UHRC activities are severely hampered by high staff turn-over like no other in all statutory institutions in the country. According to Wangadya, this is due to extremely low and uncompetitive staff renumeration yet UHRC has the widest mandate among all Constitutional bodies. She said, UHRC is the worst funded and its staff the least renumerated.

As regards the reports, Wangadya implored speaker Oulanyah to take necessary action against Human Rights offenders named in the report. She said, the Human Rights parliamentary commitee should take interest in the reports and take the content serious the way accountability committees of parliament handle reports from the Auditor General.

On his part, Oulanyah made committment to have the reports presented by UHRC tabled in parliament and discussed by the house to ensure that the recommendations made are factored during the budget process. He also expressed concern over donors funding activities of a Constitutional body of government with a huge and senstive mandate of Human Rights.

Oulanyah however appealed to Human Rights bodies to broaden the discussion on human rights to incorporate concerns of the ordinary people in upcountry areas instead of concentrating on those living in urban areas who are often times able to defend themselves within the law. 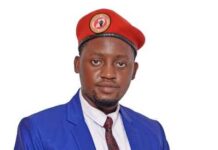 NUP MP, 2 others arrested over Murder of Law student at...