Investigations into the collapse of a building which killed seven people in Kisenyi, Kampala on Sunday, points to use of counterfeit building materials, poor workmanship, failure to engage the professional Engineers and Architects, the National Building Review Board (NBRB) has stated.

According to NBRB, the faster speed at which the building was being constructed, failure to secure building approvals (building permit) and failure by inspectors to carry out their supervisory role, are also attributed to the calamitous incident.

Eng Nicholas Omoding, the Manager Investigations at NBRB says, visual inspection of the debris indicated poor quality concrete that couldn’t support such kind of construction. He says the amount of cement used to make concrete was inadequate and the people who were employed to do construction work were unqualified for the job.

In a statement released yesterday, Kampala Capital City Authority (KCCA) noted that the structure was illegally erected and the owner Mr Haruna Ssentongo, acted with impunity defying several notices to halt construction works after authorities sensed danger. KCCA also stated that the developer had no approved plan for the building and the latest two levels which fell triggering the collapse had been constructed in a space of just one month.

In its preliminary report, NBRB pointed to failure of the temporary supports to the slab under construction which fell on the level below, thereby overwhelming the supports on the lower level slab as well. This ripple effect continued to the subsequent floors until the entire building collapsed.

However, Eng Nicholas says the Board is set to engage KCCA on why enforcement action was not taken to stop works at the site or issue a demolition order when it was found out that the building lacked the necessary approval from authorities. He says it was upon KCCA to take action which was not done.

NBRB says investigations on this latest incident continues, and a comprehensive report detailing what exactly led to the collapse of the building will be issued at an appropriate time. 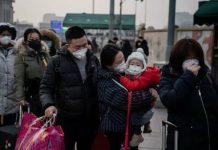 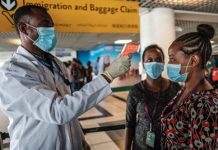 Identities of 7 newly confirmed Coronavirus cases emerge, One is a... 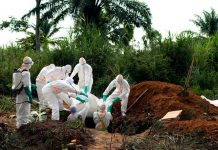