A Uganda People’s Defense Force (UPDF) soldier was killed today as government forces repulsed an attack from suspected rebels in the North Western District of Zombo.

According to the army spokesperson Bri. Gen Flavia Byekwaso, the early morning attackers disguising as forest workers, engaged the UPDF unit at Zeu in Zombo, leading to a clash that resulted in the death of a UPDF soldier while 2 attackers were also killed.

In a message posted on Twitter, Brig Gen Byekwaso said 2 of the attackers were also captured, a gun was recovered plus bows and arrows.

“Today at 6:00am, UPDF unit at Zeu in Zombo repulsed an attack by 20 men disguising as forest workers. We captured 02, put out of action 04 & got 01 gun plus bows/arrows. Sadly, we lost 01 soldier (MHSRIP).The group is suspected to be criminals associated to DRC’s CODECO rebels.” Brig Gen Byekwaso posted.

Brig Gen Byekwaso however did not disclose further details about the attack or the particulars of the deceased.

Reports of rebel attacks in this area are not new following another report in media last year that left four soldiers dead.

It was reported that the rebels numbering over four hundred escaped to DR Congo after attacking the UPDF detach in Zombo in March last year though, 23 of them were later arrested inside DR Congo, brought to Uganda and later flown to an unknown destination in a UPDF Chopper.

On the fateful day of 6th March 2020, the rebels who were based in the jungles of Ajere, Nyapea and Janguokoro in Zombo and parts of DR Congo armed with machetes, bows, arrows and clubs launched a surprise attack on the UPDF detach and killed four officers.

The 409 UPDF Brigade in West Nile reportedly involved in intelligence coordination in DR Congo to locate the base of the rebels. The army commanded by Major Cease Olweny later called for re-enforcement from UPDF fourth division and launched an air raid inside Congo, killing 23 of the attackers and captured 21. 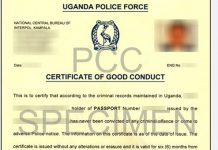