Its alleged that on 16th /8/2020, Lubega (59) and others still at large connived and stole the party’s money worth 27 millions meant for youth village councils to aid in canvassing votes for president Museveni in the 2021 general elections.

The accused has pleaded not guilty before his lawyer Denis Nyombi tried to seek for a bail application which the government’s prosecutor Ann Nanteza objected claiming that before the accused is granted a bail, he needed to also be arraigned before the magistrate where his file was allocated by the Residents State Attorney.

Nanteza claimed that the Grade I Magistrate Jackline Kagoya, is out office for some days. Magistrate Muinda agreed with the prosecution to remand Lubega to Kauga prison until April 12.

The accused’s lawyer Nyombi said whereas their intention of seeking for bail has been not granted, they shall wait until the set date because it is the normal in the court process to deny one bail.

Lubega’s remand comes a month after the same court remanded the Mukono Municipality NRM Youth Chairperson Hakim Kyeswa on charges of forging a national identity card and passport change with an intention of contesting in the recently concluded district youth elections. 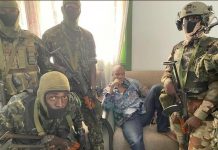 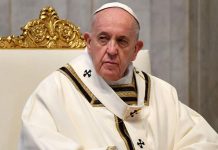 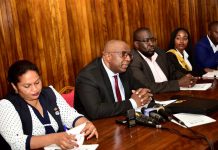