Island dwellers of Bwema in Buvuma district have appealed to the government to come to their rescue and construct for them pit latrines in order to save lives.

They claim that due to the nature of their area constructing a latrine is tedious and too costly which they cannot manage and resort to using nearby bushes.

The area LC111 chairperson Richard Tusiime says that Bwema island has a population of over 20,000 people and their only four pit latrines are used up, forcing residents to ease themselves anywhere which puts their lives at the risk of acquiring diseases.

The islanders also say that the only health facility they have is in a poor state and transport of patients to the health center is also a big challenge. Mr Tusiime appealed to the authorities to avail them with a boat Ambulance to aid the transportation of expectant mothers and the seriously sick who are referred to better health facilities.

He made in a meeting with the RDC Buvuma Godffery Tirutya and the newly elected district leaders led by the area MP Hon Robert Migadde Nduggwa and LCV Adrian ddungu. The leaders met to map out the challenges of the area in order to have them addressed in the new term.

In his response, Tirutya said the government is in the process of procuring a boat ambulance to ease transport in the near future.

He also assured the opposition supporters, of equal opportunities and good service delivery saying the national cake must be equally shared for the betterment of the country.

The area MP Robert Migadde Nduggwa told his electorate that the Fisheries and Aquaculture Bill will soon be re-tabled before parliament and that he hopes that majority of their challenges will be addressed once the law is enacted. 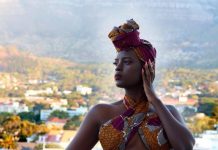 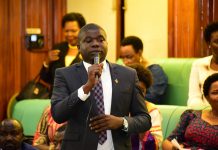 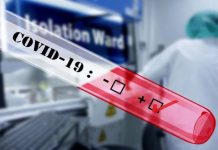