A man who was arrested flogging an effigy along Entebbe Road is set to be arraigned before the court martial to answer charges related to unlawful possession of government stores.

On February 16, 2021, Rutta Ferdinand who belongs to a pressure group known as the Alternative Social Movement, was arrested along Entebbe Road (in Uganda’s Capital Kampala) canning the effigy of a man who he claimed had “committed crimes.”

Kampala Metropolitan Police Spokesperson CP Patrick Onyango later said Rutta admitted that the move was to show discontent with the ruling NRM government and its conduct of last month’s elections. The effigy of a man was dressed in a black suit and a green hat.

Mr Onyango also stated that the charge was common nuisance according to Section 160(1) of the Penal Code Act section 160(1).

According to a letter from the commandant of Military Brigade Col Keith Katungi, Ruuta’s fate will be determined in the military court at the end of this month.

Col Keith Katungi’s letter was prompted by an application in the High Court of Kampala filed against Army Chiefs, over alleged illegal detention of Rutta Ferdinand, whose whereabouts have been unknown ever since he was arrested.

In his response to court, Col Katungi says Rutta was arraigned before the Unit Disciplinary Committee of Makindye Police Brigade and charged with the offence of unlawful possession of government stores before he was remanded in Kitalya prison.

The letter dated February 26, also indicates that Ferdinand is scheduled to appear in court on 30th March 2021 for mention of his case.

“This is to inform this honorable court that the applicant is not in our custody” Part of the letter reads. The letter however does not specify which items belonging to government Rutta is accused to have processed.

Holding a stick and a loudspeaker and dressed in a black T-shirt, Rutta was arrested as he kept caning the effigy and saying “he should be punished for the crimes he has committed.”

Section 160(1) of the UPDF Act 2005 describes military/Defense stores as any chattel of any description belonging to the government including marks applied to any arms, military clothing, equipment, vehicle and other items which had been denoted as property of the state.

Section 161(4) permits the army upon search and seizure of the stores, to have a person in possession of that property to be tried before the court martial.

In September 2019, the Uganda government designated the red beret as official military clothing that could land members of the public who wear them in jail, a move that essentially banned supporters of leading opposition leader Robert Kyagulanyi from the beret which they had adopted as their identity.

Kyagulanyi contested for presidency in the 14th January election but he was defeated by the ruling NRM’s candidate -the incumbent president Yoweri Museveni. He has since protested the outcome of the election claiming massive vote rigging.

It is not clear whether Rutta’s arrest and pending trial is connected to the crackdown operations by security on red berets or any other military-related items.

The beret, also worn by some soldiers, was included in Uganda’s first-ever gazette of all military clothing, which states that any member of the public found in possession of the items “is liable on conviction to imprisonment for life”, under section 160 of the 2005 UPDF Act.

The sale or wearing of any attire which resembles the army uniform remains banned in Uganda. 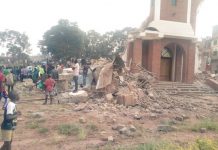 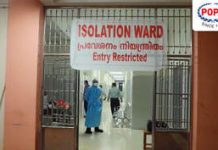