“Internet and Social media services have been fully restored. We apologize for the inconveniences caused, but it was for the security of our country. Let’s be constructive, NOT destructive consumers/users of social media” State Minister for ICT, Hon Peter Ogwang tweeted on Wednesday.

The restoration ends a blackout that was slapped on the population a few hours ahead of a hotly contested presidential election between longtime incumbent President Yoweri Museveni and singer turned opposition leader Bobi Wine.

The blackout preceded a letter from Uganda Communications Commission (UCC), the regulator of the communications sector in the country, ordering the shutdown until further notice.

“This suspension should take effect at 7pm this day of 13th January 2021 and continue until otherwise directed,” the letter signed by Irene Kaggwa Sewankambo, the acting executive director of UCC stated.

According to reports, the decision to shut down the internet was reached following a joint security meetings and after an assessment that the shutdown of social media and digital distribution platforms was not effective.

The shutdown which has widely been criticized and proven to be counterproductive, affected a reasonable number of social media users but also meant that ordinary Ugandan voters, opposition party operatives, and election observers had fewer means of communications during the election period.

Media organizations which stream content online and publish stories on websites have all been affected causing an information blackout. In what seemed to be a crackdown on political players, several social media sites were also targeted and brought down.

Many Ugandans including government officials backing the actions on social media already had Virtual Private Networks (VPNs) installed on their device and would normally be able to circumvent a social media block, but an internet block means even VPNs are of limited use for most people.

The Uganda government has previously asserted that social media played a key role in the mobilizing masses during the November riots in which more than 50 people were killed following the arrest of two presidential candidates. The military has been out in force on the streets of the capital Kampala with soldiers patrolling major neighborhoods.

Internet shutdowns have become a growing technique by governments around the world to control the sharing of information particularly in developing countries and increasingly led in African countries. Similar incidents of internet shutdowns were reported in 2019 with 35 incidents lasting longer than seven days last year. Chad, Ethiopia, DR Congo, Eritrea, Mauritania, Sudan, and Zimbabwe are among the 19 countries that fully or partially shuttered internet access for more than seven days. 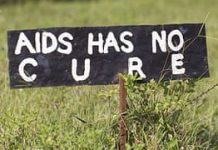 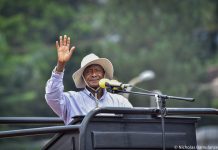 I know the corrupt but I don’t have enough evidence to...