Mike Tyson’s much-hyped return to boxing has stepped up a notch after new footage showed heavyweight legend packing some supreme punching power during a pad session in training.

The 53-year-old has spent the past few months insisting he is ready to make his comeback in the ring some 15 years after he was beaten by Kevin McBride in his final fight to date.

The “Baddest Man on the Planet” has not been shy in documenting his return to boxing, sharing plenty of clips of his training regime across his many social media accounts.

And the latest clip uploaded to his Instagram account on Monday night certainly seemed to get some tongues wagging with Tyson’s punching power looking as ferocious as ever.

In the video clip that clinched nearly three million views inside the first 15 hours since it was uploaded, it seemed the boxing icon has not lost any of what made him one of the most feared fighters of his generation as he leathers blow after blow upon his poor trainer in the pad suit.

A few months ago, Mike Tyson posted a video showing off his agility and power as he hit the pads with a trainer. Sporting a gray beard, Tyson declared that he was coming back to the ring.

“I want to go to the gym and get in shape to be able to box three or four-round exhibitions for some charities and stuff” Tyson said.

Former American heavyweights Evander Holyfield and Shannon Briggs have also expressed an interest in facing the Baddest Man on the Planet.

Mike Tyson known as “Iron Mike” was arguably the most intimidating heavyweight boxer to climb into a ring, with 44 of his 50 victories by knockout. His last professional fight came in 2005 in a loss to Kevin McBride.

Whether it happens or not, Tyson and Holyfield won’t be the first – or the last – former boxers to lace up the gloves one last time. More many fighters have attempted a comeback despite their advancing years – some successfully, others far from it. 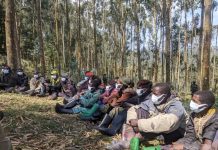 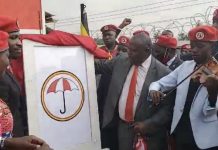 It was a set up -Cranes Coach Micho’s response to cases...