Uganda’s capital City Kampala, is the least expensive city to live within East African region while Kenya’s Nairobi, is the most expensive.

Rwanda’s capital Kigali is the second least-expensive followed by Tanzania’s Dar es Salaam, according to the Mercer 2020 Cost of Living Survey.

The annual survey ranks cities’ cost of living based on the prices of goods and services such as food, clothing and rent. It is mainly used by multinational organisations to set remuneration.

40 cities in Africa were ranked this year in terms of cost of living with Kamapala in the 30th position, Kigali 29th, Dar es salaam 26th and Nairobi 16th. Burundi’s capital Bujumbura and Juba- South Sudan were not considered in the survey.

According to Mercer’s 26th annual Cost of Living Survey, Victoria in the Seychelles is the most expensive city to live in Africa, followed by N’Djamena in Chad, Lagos in Nigeria, Kinshasa in Democratic Republic of Congo and Libreville in Gabon.

Tunis in Tunisia is the least expensive city to live in on the continent followed by Windhoek in Namibia, Banjul in Gambia, Lusaka in Zambia and Gaborone in Botswana.

The survey found that specific factors such as currency fluctuations, cost inflation for goods and services, and instability of accommodation prices are essential to determining the cost of expatriate packages for employees on international assignments.

Mercer’s data was collected in March this year, with price variances in many locations not being significant due to the Covid-19 pandemic.

Numbeo estimates the monthly costs for a four-person family in Kampala at $1,739 without rent, while that for a single person is estimated at $490 without rent.

The cost of living index excluding rent in Kampala is estimated at 32.06 per cent, with local purchasing power index at 15.38 per cent, while in Kigali these figures are estimated at 35.29 per cent and 21.12 per cent respectively.

According to the database the cost of living index in Dar es Salaam, excluding rent, stands at around 37.13 per cent with local purchasing power index at 18.23 per cent.

Nairobi is the most expensive city with the cost of living index excluding rent estimated at 39.89 per cent, with local purchasing power index at 26.5 per cent.

The general level of prices for goods and services last month increased by 5.47 per cent and 3.2 per cent in Kenya and Tanzania respectively.

In Uganda and Rwanda, the overall month-on-month inflation stood at 2.8 per cent and 5.7 per cent, respectively.

Hong Kong tops the list of most expensive cities for expatriates, followed by Ashgabat in Turkmenistan in second position. Tokyo in Japan and Zurich in Switzerland remain in third and fourth positions respectively, whereas Singapore city in Singapore is fifth, down two places from last year. New York City ranked sixth from ninth place.

Other cities appearing in the top 10 of Mercer’s costliest cities for expatriates are Shanghai in China, Bern in Switzerland, Geneva in Switzerland and Beijing in China.

The world’s least expensive cities for expatriates, according to Mercer’s survey, are Tunis in Tunisia, followed by Windhoek in Namibia, Tashkent in Uzbekistan and Bishkek in Kyrgyzstan. 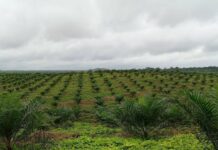 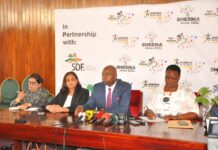 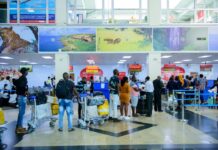 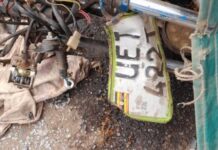 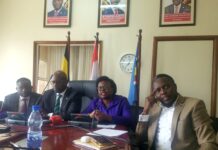