Singer Edirisa Musuuza, aka Eddy Kenzo has been named artiste of the year 2020 at the Zzina Awards, held live online on Friday.

Kenzo scooped the award on top of best Afrobeat and inspiration song awards, which he had won earlier on during the show for his song “Bikyuuka.” His song “Semyekozo” was voted for the big award.

For the first time in 7 years running, the Zzina Awards went online this year, broadcasting on the Galaxy FM page, the MTN Uganda page, Talent Africa among others.

“I feel humbled for what my fans continue to do for me even in the current situation. I want to thank whoever voted for me. We continue to pray and hope that the situation gets better soon,” Kenzo said in a message posted from Ivory Coast where he has been after airports closed due to covid-19.

other winners include Cindy Sanyu who was voted for the Best dancehall song award, Boom Party. She later scooped the best dancehall artiste of the year award for the same song.

The Best songwriter award went to Daddy Andre, before he won the producer of the year award.

However, the song of the year is “Gutujja” from B2C and Rema Namakula.

The award for best comedian went to Maulana and Reign while the Break Through artiste of the year award went to Fresh Kid for his song Bambi, beating artistes like Suspekt Leizor and Grenande Official. 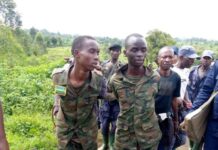 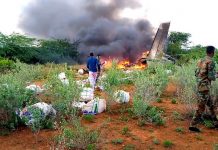