Cedric Babu Ndilima is the newest entrant in the race to represent Kampala Central in parliament come 2021 general elections. He is the son of former MP for Kampala Capt. Francis Babu.

In an interview with sabasaba, Cedric opened up on his aspirations, and decried policy formulation based on politics and sentiments of leaders as key decisions either remain on paper leading to poor results due to lack of coherence.

Giving an example of Kampala, Cedric says the demographics and statistics available should provide basis for efforts to tackle challenges of unemployment and poverty, vis-avis the vast amount of revenue collected every year.

He said almost 70 percent of national budget is funded by revenues collected from Kampala, but human capital development remains low yet it could deliver huge returns if supported and developed. He says the discord in policies has resulted in slow development and implementation of government programs in Kampala.

“Kampala has grown rapidly, albeit with a lack of sufficient policy coordination. As a result, the urbanization we are witnessing has not necessarily resulted in increased productivity, with a large majority of jobs created revolving around low productivity activities” he said.

“Kampala is one of the fastest growing African cities, with annual growth rates of 5.6%. I have witnessed first-hand the improved urban designs, the increase in waste management, the investments in infrastructure, as well as the support for economic development such as the4.5 million acres of land procured for markets. This is a step in the right direction, although, more needs to be done” He added.

He says there is need for government to accelerate efforts to harness the potential benefits for urbanization to ensure sustainable development since promotion of growth through urbanization is largely dependent on how conducive the existing infrastructure and institutional settings are. He noted that government must seek out ways of enabling forms of urbanization that contribute to growth and poverty reduction but the policies must be right and in consonant with facts on the ground.

Cedric also says parliament and government must start looking at sports as a viable business option with potential to employ a sizable chunk of the population considering availability of raw talent in Uganda. “

“Globally, sports is a 1.7 million dollar industry every year, but Uganda’s share in this industry remains insignificant. What effort have we put in to exploit opportunities in this industry?” he queried.

He says there should be a deliberate effort to legislate targeting the untapped potential Uganda has in this sector. The same he says is the case with the arts and entertainment industry where the achievements are accidental and a result of individual effort.

His intention he says is to make a call for increased investments in skills development throughout the parishes and villages of Kampala Central, equipping Ugandans with the right set of skills required by companies to compete in domestic, regional and international markets, or through self-employment.

“Women in this economy especially in urban areas spend two thirds of their time with unpaid-for time which creates an income gap.  If we can find constructive ways to change this trend and make their time productive, Kampala will change.” He said.

Educated in Kenya during early days of his life, Cedric later joined St. Mary’s College Kisubi, Makerere College and Buthune Cookman University in USA for a bachelor’s degree in Business Administration before crossing over to Ireland for his Masters degree. He is the current President of the Uganda Tennis Association, Chairman of the marketing commission of the Uganda Olympic Committee (UOC), and the corporate brand manager at Uganda Broadcasting Corporation (UBC). Cedric has a commendable marketing profile and has also worked with big brands including Airtel, Heineken, Rwenzori, and Castle Lite among others.

An NRM supporter, Cedric banks his fortunes on the experience he accrued in leadership especially in the sports sector which he says has provided him with skills to lobby and serve as well. He says the potential benefits in the sports sector have yet to be fully realized across Africa and there is need for stronger partnerships between government, sports associations and the private sector to promote sports infrastructure.

On the whole, he says integration of sports into the national development agenda will be the first step to developing the sports industry. According to him, this will enable sports to serve as a catalyst for the development of core skills for productive youth development including employability, and performance to improve the living standards of the Ugandan people. 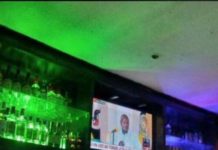 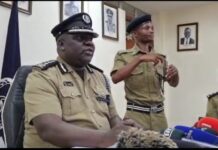 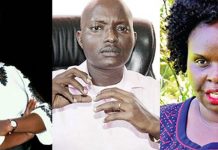 My Husband is Possessed, Teddy asks believers to pray for Pastor... 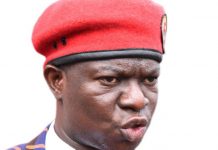