Hussein Lumumba Amin, son of Uganda’s former president Idi Amin Dada has again come out to criticize history this time in regard to the death of Anglican Archbishop Janan Luwum who is known as one of the victims of Idi Amin’s brutal rule between 1971 and 1979.

History has it that Luwum was a victim of Amin’s murderous regime having been murdered on Amin’s orders. Archbishop Luwum was a leading voice in criticizing the excesses of the Idi Amin regime that assumed power in 1971. In 1977, Archbishop Luwum delivered a note of protest to Dictator Idi Amin against the policies of arbitrary killings and unexplained disappearances. Shortly afterwards the archbishop and other leading churchmen were accused of treason. Since 2015 Uganda has a public holiday on 16 February, to celebrate the life of Janani Luwum.

In his latest writing posted on social media, Lumumba imputes that the international media has construed facts about Idi Amin’s history, and managed to cast him in bad light yet he was popular, a big hero loved across the continent. He says all the years the real truth about his father has been kept in the dark keeping the world dependent on hearsay by ‘scheming political conmen and malicious slanderers.’

He said some of the evidence in form of photographs and video recordings stashed away from the public for many years including those of events that exonerate his father in the death of Archbishop Janani Luwum has been retrieved and people who have thrived in deceit smearing his late father’s good image are now ashamed to face it.

Contrary to what history presents, Lumumba claims Luwum’s death on 16th of February 1977 followed a scuffle between him and his government-assigned driver Sergeant Moses Okello, in an unsuccessful attempt to flee to his fellow ‘ethnic tribalist hero’ Dr. Apollo Milton Obote whom Janani Luwum was helping to bring back to oppress the people of Uganda.

Lumumba says as Archbishop Luwum was being driven along Kintu road, past Nakasero primary school towards Fairway hotel, with the help of some other people turned against his driver and started strangling him sending the vehicle swerving uncontrollably ultimately colliding with another oncoming vehicle. This fatal accident he claims took Luwum’s life contrary to reports that Idi Amin murdered him.

Historical records show that On 16 February 1977, Luwum was arrested together with two cabinet ministers, Erinayo Wilson Oryema and Charles Oboth Ofumbi. The same day Idi Amin convened a rally in Kampala with the three accused present. A few other “suspects” were paraded forth to read out “confessions” implicating the three men.

The archbishop was accused of being an agent of the exiled former president Milton Obote and for planning to stage a coup. The next day, Radio Uganda announced that the three had been killed when the car transporting them to an interrogation center had collided with another vehicle. The accident, Radio Uganda reported, had occurred when the victims tried to overpower the driver in an attempt to escape. However, when Luwum’s body was released to his relatives, it was riddled with bullets.

“In truly fearing for his life as Luwum and his co-conspirators resumed their attack on him, Sgt Okello had finally realized what was really going on, drew his service pistol, and fired several shots at the three attackers while all of them were still in the mangled vehicle, and he was still in the process of being murdered as if by a mob via relentless strangling, plus a raining of blows and jabs inside his own car. This he would narrate to the bbc which met him a few days later as he recovered at the Mulago national referral hospital. Indeed the accident had broken his leg and a few ribs.” Lumumba wrote in his post.

Lumumba also criticized the essence of Luwum Day and the pilgrimage made by Anglicans to Muchwini the site where Janani Luwum was buried saying it is worthless since he was a criminal who deserved his fate.

“some other people will then march to another public holiday on 16th February in Muchwini, to mourn the same Luwum who in 1977 was murdering Sergeant Okello, after being caught red-handed trying to bring back the Obote tribalism and related genocidal dictatorship” he states in his document.

Lumumba also criticizes the essence of celebrating 6th February known as Tarehe Sita -the day that marks the start of the NRA bush War saying the date marks the commencement of a mass massacre, senseless killings and a brutal and barbaric genocide against the people of Uganda, particularly in Luweero and the West Nile districts, mainly by the Obote regime.

He says the five-year war resulted in an estimated 500,000 innocent peasants and civilians deaths, and over two million people forced to become refugees and internally displaced persons in their own country. He says this ‘senseless history’ should be discarded and people should start picking what makes sense not just selecting what sounds good for the colonial masters, the Oboteists, or for the Musevenists.

Lumumba claims over 7000 photographs of his late father President Idi Amin Dada were recently discovered from the archives of the Uganda national broadcaster, and shame has gripped the so-called ‘foreign professors’ behind the plot to conceal ‘the truth’ about his father. He says the photographs show who the real Idi Amin truly was, and what he truly stood for. Some of these photographs he says have been developed and are now being shown to the public at the National Museum. 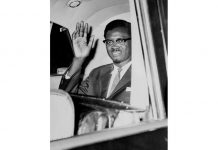 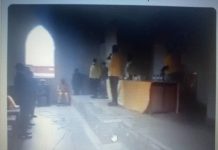 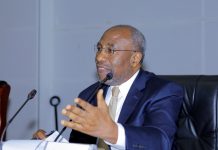