Senior Presidential advisor on media Joseph Tamale Mirundi has advised Justice Irene Mulyagonja to decline her new appointment and retire honorably because her credibility is dented, and she has nothing to offer in her new office.

The former Press Secretary for President Museveni said Mulyagonja is a captive of the ‘mafia’ who can no longer act in the interest of Ugandans and therefore, nothing can be expected of her in any office of responsibility.

In an interview with our reporter, Tamale Mirundi said as IGG, Mulyagonja accepted to be used by the mafia, and the same mafia will not spare her in her new office as judge of Court of Appeal.

“If she becomes a judge of Court of appeal, are the mafias who have been using her in the IGG’s office not going to use her again?” Mirundi asked.

IGG Justice Irene Mulyagonja was recently appointed to the Court of Appeal after a seven-year uneasy stint in the office of the ombudsman. Tamale said Mulyagonja wouldn’t have accepted the appointment because she knows she cannot deliver.

He cited several cases that the IGG allegedly mishandled under the influence of the mafia including one of Dr. Rose Nassali Lukwago, the embattled Secretary Judicial Service Commission who he says was maliciously ejected from office by the IGG.

In August 2019, the IGG arrested Dr. Rose Nassali Lukwago alongside other two for abuse of office and causing financial loss to government, while she was serving as PS in the Ministry of Education. Dr. Nassali is out on bail and her appointment has since been renewed by President Museveni.

Mirundi however said the only safeguard Ugandans have against the influence of the mafia at Mulyagonja’s new appointment is that she will not be a lone judge and her decisions can be checked by other judges on the bench.

Tamale Mirundi advised Mulyagonja to decline the appointment and retire to her home in Jinja, and start a poultry farm to which he is ready to contribute saying retirement will save Mulyagonja from further embarrassment, and save the little legacy she currently holds. 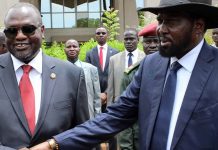 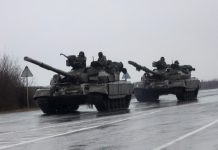